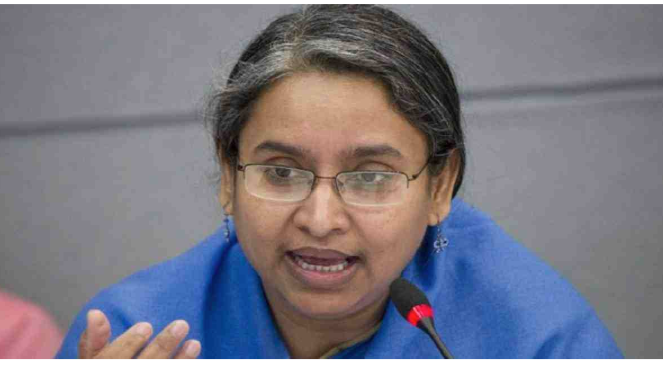 Education Minister Dr Dipu Moni said on Wednesday that the number of educated unemployed graduates are increasing for the lack of technical and vocational education.

The education minister made the remarks while speaking as the chief guest at an online discussion meeting on the occasion of World Youth Skills Day 2020, organised  by the National Skills Development Authority at the Prime Minister's Office in the morning.

“A large number of students are achieving Honours and Masters degree from our education system, but is there demand of such numbers in job market? Now we need to consider it,” said the minister.

The government no longer wants to create such educated unemployed workforce. Considering the issue, the government has given top priority to technical and vocational education and has streamlined the overall education system, said Dipu Moni.

The online discussion meeting was chaired by the Principal Secretary to the Prime Minister Dr Ahmed Kaikaus and was attended by representatives of various government agencies, development partners and civil society representatives.

The theme for World Youth Skills Day 2020 is "skills for resilient youth".

She said that no resource is greater than skilled human resources.

“As a result of the Fourth Industrial Revolution, the national and international labour market is changing rapidly. To cope with this, we have to transform our huge population into human resources by combining technology and skills as per the demand. The government is working towards this goal,” she added.