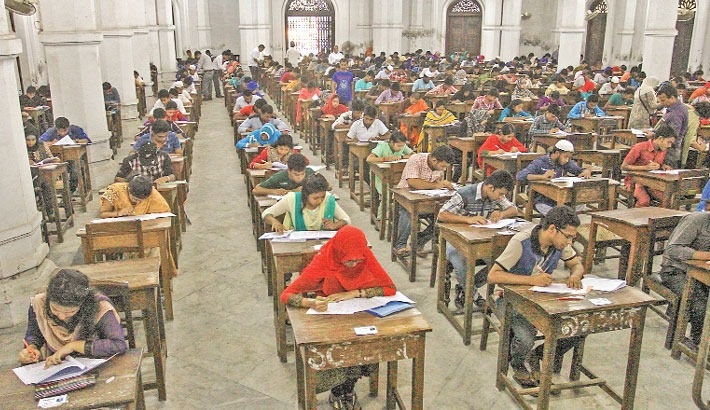 Since obtaining MA in philosophy degree from Brajamohan College under National University in 2018 Barishal’s Mahfuzul Haque has been searching for a job. Apart from applying for government jobs, he submitted his curriculum vitae for different private jobs and faced several viva voce.

Unfortunately his experiences before interview boards haven’t made him optimistic. He has understood in the last couple of months that albeit the subject he chose to study is a significant one, it has little demand in the job market.

And this is not a lone case. Like Mahfuzul Haque numerous graduates are struggling to get a job for picking a wrong subject in their higher studies.

Public universities and affiliated government colleges have numerous similar departments which produce a good number of graduates. But there is hardly any assessment to calculate that how much graduates the country needs in which fields. Besides, the higher education system is struggling with several other problems.

In such a situation Bangladesh is observing World Youth Skills Day today.

When asked that whether the policymakers discuss with the industry people to know about their future demands, Federation of Bangladesh Chambers of Commerce and Industries (FBCCI) president Sheikh Fazle Fahim, replied, “There is a parliamentary committee which sometimes asks us to place our opinions. But you cannot prepare a ten-year plan by organising an hour-long meeting. It should be a continuous process.”

“I think industry people also should come forward. Like other parts of the world they must invest in research and development so that academia can meet their needs. Unfortunately industry’s collaboration with academia is almost absent in our country,” he added.

Needless to say that due to lack of coordination between education and industry the country is falling short to produce efficient man power and consequently the number of unemployed educated youths is increasing.

Last year a World Bank report revealed that more than one third of graduates in Bangladesh remain unemployed for a year or two after graduation. Another survey conducted by the Bangladesh Institute of Development Studies (BIDS) estimated that the unemployment rate among university graduates in the country is 38.6 percent.

Employers have claimed that they are becoming unable to fill job vacancies for highly-skilled positions such as technicians and managers through local graduates. It means the tertiary educational institutions in Bangladesh are failing to prepare their graduates for job and impart relevant skills.

When local youths are often seen struggling to get jobs, about 250,000 foreign nationals (according to Special Branch of police) who are working in different sectors of our country are taking over $6 billion abroad annually though experts observe that the actual number of employed foreigners may exceed one million and their income could be three to five times higher than the estimated $6 billion.

Why such a situation is created? Eminent educationist Professor Syed Manzoorul Islam opined, “Universities are supposed to be the place where new knowledge is created but universities in Bangladesh are reluctant to invest on research. Instead of modernising their age old syllabus they focus more on completing courses and providing certificates. As a result our inapt higher education system is heading towards an iffy future.”

While suggesting about the solution Professor Islam said, “We need strong political will to come out of this situation. Our higher education system should be a realistic one. I don’t know why we are giving so much importance on general education. We must give emphasise on science and technical education.”

“We couldn’t implement the education policy 2010 even ten years after its formation. We must implement it following necessary modification. If we can allocate 25 per cent of our national budget and invest 6 per cent of our total GDP for education, only then we can expect a change,” he added.