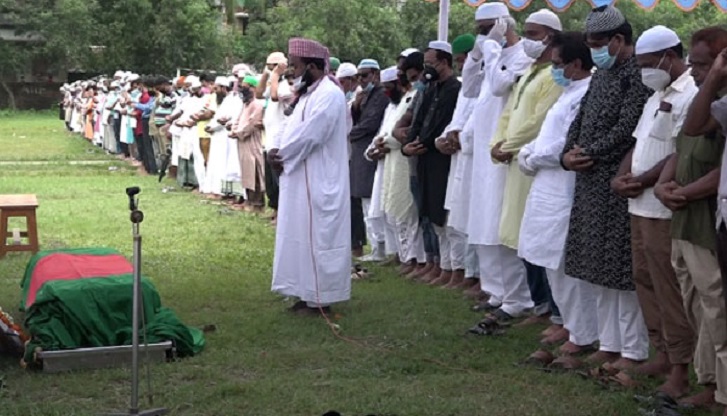 The first namaj-e-janaza of the valiant freedom fighter and former BNP minister Shahjahan Siraj was held in Tangail on Wednesday.

He will be buried at Banani graveyard in the capital today (Wednesday).

Shajahan Siraj was a politician who served as vice chairman of the Bangladesh Nationalist Party. As a student, he was involved with the Bangladesh Liberation War. Siraj served five terms as the Member of Parliament for the Tangail-4 unit.

He is survived by wife, one daughter, one son and a host of well-wishers to mourn his death.