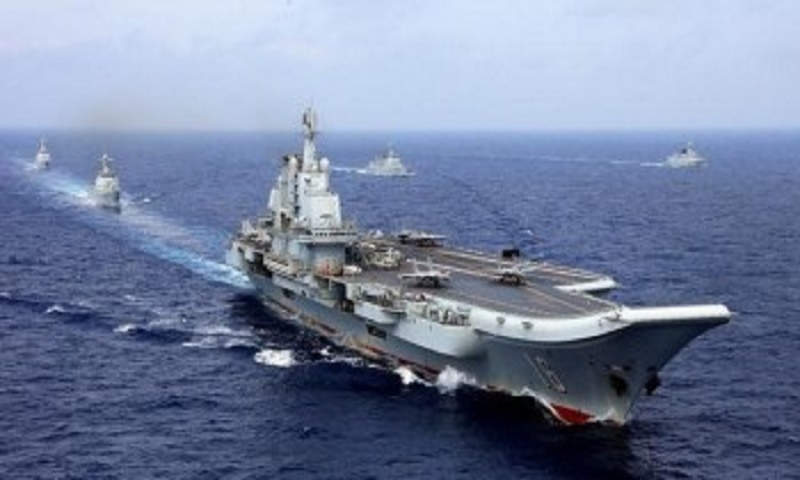 In a move aimed at provoking its neighbours and the West, China recently sent a coast guard ship into the disputed waters of the South China Sea.

Vessel-track data showed it stopped at Subi Reef, one of China's numerous military bases in the Spratly Islands, on July 2.

Senior political scientist for the US-based RAND Corporation and a professor at Marine Corps University, Andrew Scobell, sees this as Beijing's moves to strengthen its claims, using all instruments of national power.

"Many Chinese Coast Guard vessels are a lot bigger than many of the ships in most Southeast Asian navies. This is all about, from a Chinese perspective, promoting their interests in the South China Sea, strengthening their claims, using all instruments of national power, and at the same time avoiding escalation," Express.co.uk quoted Scobell as saying.

"They're using provocations, pressure, strong-arm tactics, but then at the same time the Chinese are also offering carrots and appearing reasonable in publicly seeking a negotiated solution," he said.

China sent another vessel, the Hai Yang Di Zhi 4, into Vietnam's exclusive economic zone on June 30, 165 nautical miles northeast of where the CCG 5402 is currently positioned.

In retaliation, US Navy subsequently released a picture of one of its warships, the USS Gabrielle Giffords sailing just a few hundred yards from the Hai Yang 4, Express.co.uk reported.

The aircraft carrier USS Nimitz and USS Ronald Reagan are currently deployed in the South China Sea in a clear signal to China.

"These operations with Nimitz demonstrate that we are but one component of a much larger and equally committed naval force."

The South China Sea is grouped into three archipelagos including the Paracel Islands and Spratly island. China claims almost the entire South China Sea as its sovereign territory, and it has aggressively asserted its stake in recent years.

Paracel island is disputed between China, Taiwan, and Vietnam. It has been occupied by China.

On April 23 during a video conference with ASEAN states, US Secretary Mike Pompeo blamed China for continued bullying tactics in the South China Sea (SCS) that is distracting current efforts of the International Community to deal with the pandemic.