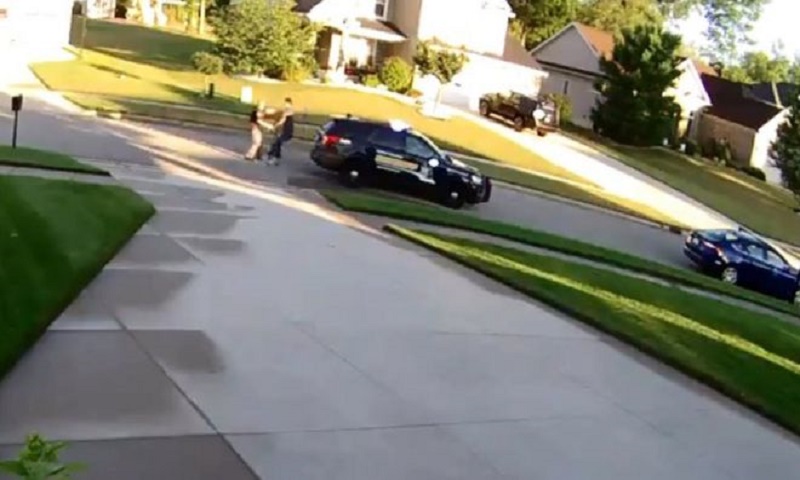 A police officer in the US state of Michigan has shot dead a man suspected of stabbing a customer in a shop, in an altercation over face masks.

Police say the incident began in a convenience store near Lansing, where the suspect - named as Sean Ruis - attacked a 77-year-old man who had challenged him for not wearing a mask.

They say Ruis fled the scene in a car.

He was later pulled over by a female deputy sheriff, who opened fire when Ruis lunged towards her, BBC reported.

Michigan State Police released footage of the confrontation in a residential area in the Lansing suburb of Delta early on Tuesday.

It shows the police car stopping a vehicle and the driver, identified as Ruis, advancing on the deputy who shoots him after a brief tussle.

Police say Ruis, 43, was carrying a weapon. He was taken to hospital, where he was declared dead.

The incident happened 30 minutes after Ruis allegedly stabbed a customer at the Quality Dairy store in Dimondale, about six miles (10km) to the south.

The row is said to have begun when the 77-year-old - who was wearing a face mask - chided Ruis for not doing so. The elderly man is in hospital and said to be in a stable condition.

It is not the first dispute over face masks to end in tragedy in the US.