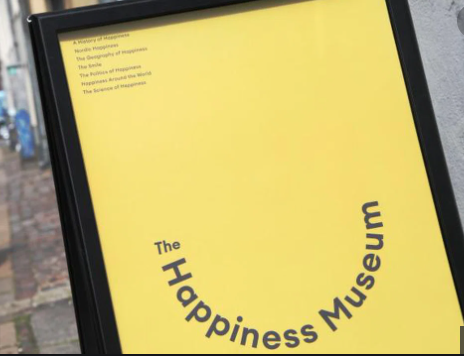 An international Museum of Happiness opened its doors for the first time in the Danish capital Tuesday.

“We Danes often hear that we are among the happiest people in the world, and with the museum we want to convey what that really means,” Meik Wiking, CEO of The Happiness Research Institute (HRI) and founder of the Happiness Museum, told the Danish News Agency Ritzau.

Fully financed by HRI, the 240-square meter museum provides an array of interactive activities, thought experiments, and a display of artifacts of happiness donated by people around the world as reminders of their happiest moments.

“Whether you live in South America, Europe or Asia, the notion of happiness is largely the same,” said Wiking, who is also a bestselling author of “The Little Book of Hygge: Danish Secrets to Happy Living.”

On the intellectual dimensions of happiness, the museum also offers an international history of happiness, examines the politics of happiness, investigates the anatomy of smiles, and attempts to explain why Nordic countries are considered “happiness superpower.”

“We hope that people are in there for an hour and come out a little wiser on how they can create greater well-being for themselves, and at the same time make the world a slightly better place,” said Wiking.