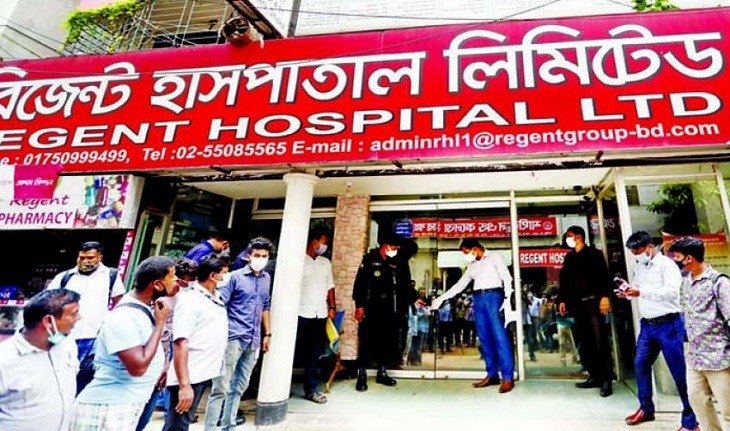 “A team of RAB-1 hunted him down from Kapasia around 7:40pm. He was kept in RAB custody,” he added.

Masud is one of the accused in a case filed with Uttara West Police Station over the forgery of Covid-19 test.

Regent Group Chairman Md Shahed is the prime accused in the case.

Earlier on July 7, Inspector Zulhas Mia of the RAB-1 filed the case against them.

The Regent Group chairman, the managing director and six others were on the run after the RAB arrested eight staff members during a drive at Regent Hospital in Uttara of the capital on July 6.