Health ministry facing questions one after another 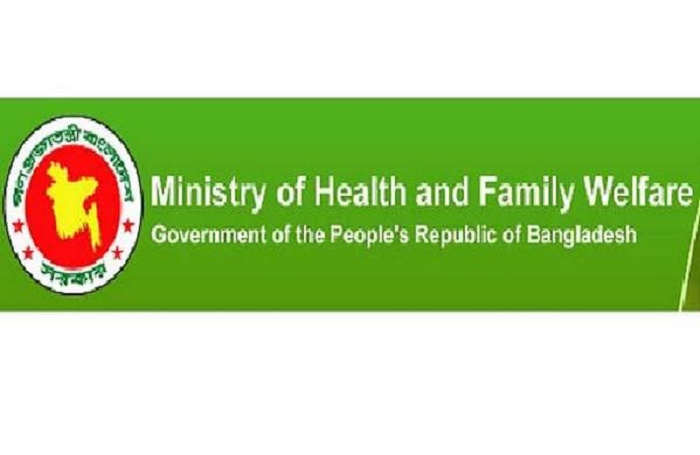 Ministry of Health has been put on the dock for its miserable outcome amid the ongoing wave of the coronavirus pandemic, resulting in a triangular fight between the government, general people and hospitals.

The grim picture of the health section came to the light as untoward incidents were surfaced one after another in the society, thanks to the negligence of the law enforcement agencies.

Even, many hospital authorities left patients without treatment while some made huge money in the name of testing coronavirus sample and treatment of COVID-19 patients.

The health and family welfare ministry is facing questions over several allegations of corruption, irregularities and mismanagement during the coronavirus pandemic.

The crisis has deepened after a drive by Rapid Action Battalion (RAB) at Regent Hospital of Md Shahed as the law enforcers found evidence of irregularities in the covid-19 designated hospital and arrest of JKG group chairman Dr Sabrina in allegation of forgery over coronavirus test.

The minister came up with the remark as the health ministry and health directorate are at loggerheads over signing of a deal with Regent Hospital after the discovery of the hospital’s involvement in issuing fake Covid-19 test report. Neither the ministry nor the Directorate General of Health Services (DGHS) is now shouldering the responsibility.

However, talking to reporters at his office on the same day, health and family welfare minister Zahid Maleque said “There is no problem between health directorate and the ministry. The ministry administratively can ask for explanation from health directorate. It is a part of government activities.”

The government earlier signed a MoU allowing two branches of Regent Hospital (Uttara and Mirpur) to treat COVID-19 patients. But the hospital was not qualified for the job. The hospital has no license to operate. The hospital would deliver certificates without even carrying out tests of the collected samples.

The health minister Zahid Maleque, health services division secretary Ashadul Islam were among others present during signing the agreement with the Regent hospital.

Rapid Action Battalion (RAB) conducted raids on 6 July and sealed off the Regent hospital. A case was filed against 17 people including chairman Md Shahed. The prime accused Shahed has not been arrested although nine employees including a minor boy have been arrested.

“We have asked for explanation from the DG of DGHS about his statement over signing deal with Regent Hospital. He can’t say blaming the ministry,” Md Abdul Mannan, secretary of health service division of the health ministry, told the daily sun on Sunday.

After the scams about forgery with covid-19 test reports the role of the health ministry and health directorate have been highly criticized while the lawmakers in parliament also blamed the health minister regarding corruption, irregularities, mismanagement during the covid-19 crisis.

“People have lost confidence on him (Zahid Maleque). It is evident in and outside the parliament,” former health minister AFM Ruhal Haque, also member of the Standing Committee on Ministry of Health and Family Welfare, told the daily sun recently.

Meanwhile, the lawmakers of opposition Bangladesh Nationalist Party (BNP) and major opposition in parliament Jatiya Party in parliament demanded removal of the health minister Zahid Maleque and replace him with any other ‘competent’ person.

About the criticism of the health ministry, many top officials of the ministry have been transferred from the ministry while allegations of corruption and irregularities in the concerned ministry were also raised amid the corona crisis. The government in the last month transferred Health Services Division Secretary Ashadul Islam and additional secretary Habibur Rahman Khan to other department and ministry.