Online web series platforms have poised to evolve, have you? 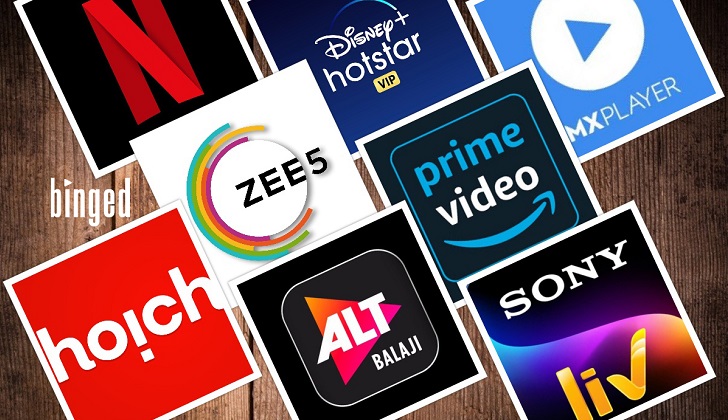 With the soaring popularity of online-based streaming platforms like Binge, Netflix, Amazon, ZEE5, Hoichoi and so on, based-on that presently, we are witnessing a boom in web series production in Bangladesh. Subscribers are opting for their streaming platforms based on their tastes and preferences.

Web series are like complete packages of entertainment snack with brief stories framed in it. The contents are generally filled with petite drama stories in shining rectangles, rigorous action, crime thriller and comedy distilled, to lure the demand of the audiences.

According to a survey conducted by Bangladesh Telecommunication Regulatory Commission (BTRC) and PI Strategy last year, there are over two lakh international OTT subscribers in Bangladesh and it has accounted for approximately Tk200 crore annually without investing a single content in Bangladesh. So the market demand of web series is on the cusp of hitting hard.

According to industry experts, 4 years back, India’s earning was Rs 9,000 crore from the video streaming platforms which now turned into Rs 20,000 crore, and this huge the market has cash in a massive amount of foreign investment to India. So, India is making a mammoth size of business out of it.

Now, a question might have tickled in an audience mind– “Which online video streaming platforms should I use”– and the answer could have been– rather it depends!

When opting for a web series platform, it depends on several factors but it’s not intricate at all. We will give you a head start with a list of must-haves for the digital entertainment platforms such as– a platform should consist of an affluent amount of local and international content- comprising films and web shows. It must be accessible to support multiple devices; it should have contents of any genre, pricing plans for every budget and last but not the least parental control facilities.

When thinking in a more digital and transformational way, the end to end customer experience is critical. But the genre is not entirely baked yet– there is a rising on-demand online content streaming service called ‘Binge’  who has stepped in to gain a foothold on May 22.

The service has brought one of the widest entertainment catalogs including 150+ linear TV channels and 3000+ web series, latest web films, Binge exclusive originals and much more. Subscribers can enjoy it on android phones and TV. They also have an option to make your TV smart with an android device.

A question might arise– What distinction does web series have that is different and why it is more popular than ever!

The length is a distinct difference between a web-series and a TV show. A typical TV series is 30 to 60 minutes long while the webisode is just 5-15 minutes long. And with a web show, the advantage is that you don't have to wait until next week to know the onwards story. You will find out the next episode by only clicking it! Also, it is completely advertisement free.

Having recently arrived into existence, this new entertainment form has created innumerable opportunities for all the professionals associated with the entertainment industry. Industry professionals can now demonstrate their creative work at an optimal budget frame compare to large stream production.

Even a single person can commence a YouTube channel and depicts his or her artwork. Isn’t it cool?