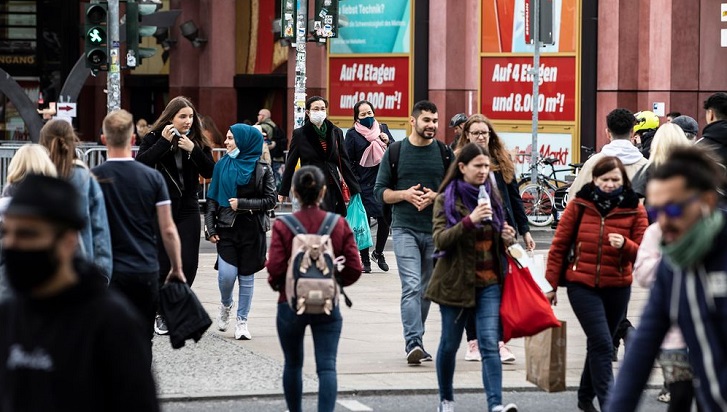 Confidence among investors in Germany fell back slightly in July, a regular survey published Tuesday showed, as financial players' euphoric hopes for a coronavirus recovery ebbed.

A monthly barometer measuring expectations for the coming months fell 4.1 points, to 59.3, the ZEW institute said based on a survey of 181 analysts and investors.

"There is no significant change in the outlook for the German economy this month," ZEW chief Achim Wambach said in a statement.

"Experts expect gradual growth in the second half of the year and in early 2021 after a very bad second quarter."

April-June was marked by lockdowns across Europe's top economy and much of the rest of the eurozone single currency bloc, bringing many activities to a standstill.

But as Germany and neighbouring countries emerged from virus control measures, a June surge had brought the ZEW index to its highest level since March 2006.

"Reports of infection numbers rising in some countries likely contributed, and of course the disturbing figures from the US," he added.

Looking to other elements of the ZEW July survey, investors' judgement of the present economic situation in Germany ticked up slightly, although it remained deep in negative territory at -80.9 points.

Meanwhile there were small improvements in views of both the present situation and the outlook for the wider eurozone.