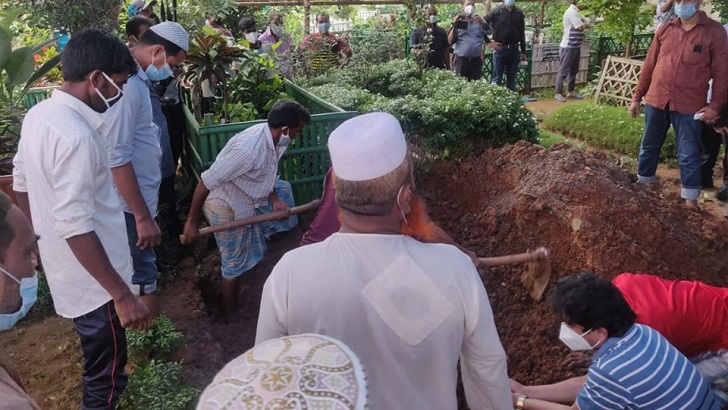 Noted industrialist of the country and Chairman of Jamuna Group Nurul Islam Babul was laid to rest on Tuesday afternoon, after being awarded a guard of honour.

He was laid to eternal rest around 2:30pm at the Banani graveyard in the capital.

Earlier, his namaz-e-janaza was held on the premises of Jamuna Future Park Mosque after Johr prayers.

Babul, a successful entrepreneur, died of coronavirus around 3:40pm on Monday while undergoing treatment at Evercare Hospital in the capital.

On June 14, Babul was admitted to the hospital after he tested positive for coronavirus. He had also been suffering from severe kidney ailments.

Babul set up Jamuna Group in 1974. He was also the owner of Bangla newspaper the Daily Jugantor and television channel Jamuna TV.