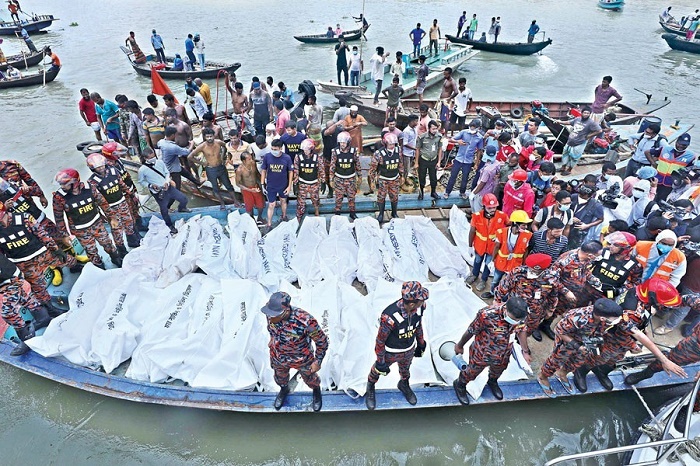 A Dhaka Court on Tuesday put Abul Bashar Mollah, the master of Mayur-2 launch, on a three-day remand in connection with the launch capsize in the Buriganga River last month.

The June 29 incident claimed the lives of 34 people.

Additional Chief Judicial Magistrate in Dhaka AFM Maruf Chowdhury passed the order when Sub-Inspector Shahidul Alam of River Police and also the investigation officer of the case, produced him before the court with ten-day remand prayer.

Earlier on Sunday, Abul was arrested from South Keraniganj.

Thirty-four people were killed when a small launch, named ML Morning Bird, sank in the Buriganga, after much larger Mayur-2, while being in reverse, horrifically crashed into it near Farashganj Ghat in Dhaka on June 29.