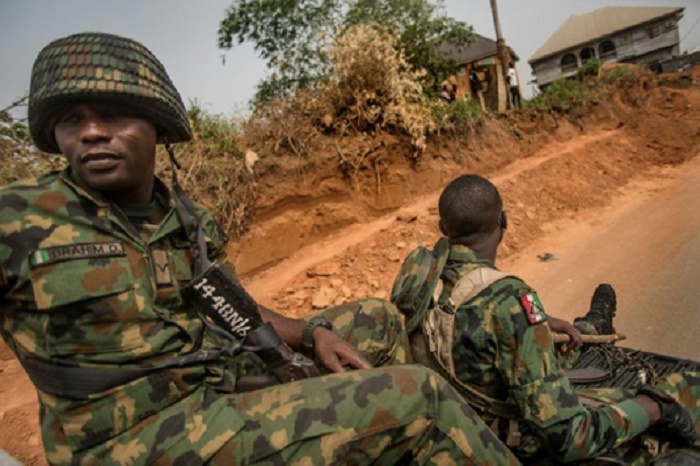 Both sources spoke on anonymity because they were not authorised to pass on information to the media.

Hours later two soldiers were killed in a separate “firefight” after a military patrol encountered a group of insurgents in Kolore village, around 50 kilometres (31 miles) west of Maiduguri, the sources said.

The latest losses for the Nigerian military come after at least 35 troops were killed last week in an attack by fighters loyal to the so-called Islamist State group near Kumulla.

Jihadists have waged a decade-long insurgency in the region that has left 36,000 people dead and displaced some two million.

Fighters from the Islamic State West Africa Province (ISWAP) faction split from the main Boko Haram group in 2016 and have become a dominant force.

ISWAP has focused most of its attacks on military targets but has increasingly carried out deadly attacks on civilians in recent months.