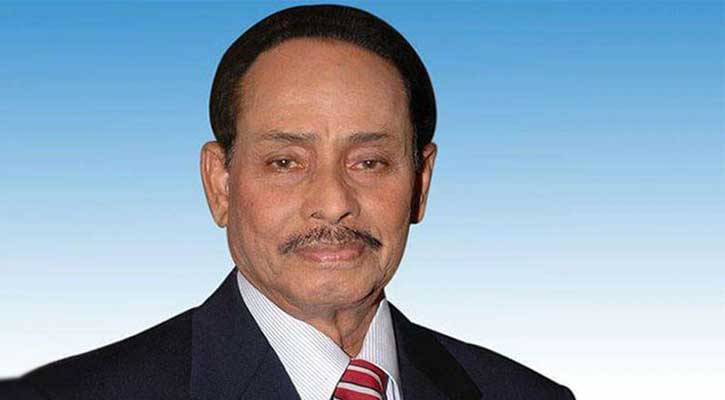 Jatiya Party (JP) on Tuesday observed the first death anniversary of its founder Hussein Muhammad Ershad with through various programs maintaining social distancing and health directives in wake of the COVID-19 pandemic.

The programs included hoisting of the party flag at half-mast at its office, placing wreaths at the grave of former JP Chairman Ershad at his Palli Nibas compound, offering Fateha, Ziarat and joining a milad and doa mahfil followed by a discussion.

The programs also included ‘Khatme’ Quran and recitation from the Holy Quran and publicity of political speeches of Ershad using loudspeakers in all 33 wards of Rangpur city and distribution of foods among the poor and distressed people at noon.

Besides, special munajats and prayers were arranged at different mosques, temples and other religious places of worship across the city seeking eternal peace for the departed soul of Ershad.

Jatiya Party Chairman and Deputy Leader of the Opposition in the Parliament GM Quader, MP, along with central JP leaders placed wreaths at the grave of former President Ershad at his Palli Nibas compound paying rich tribute to him at 11 am.

Along with the central and hundreds of local leaders and workers of JP, Quader observed a silence for some time, offered Fateha, Ziarat and munajats seeking divine blessings and eternal peace for the departed soul of Ershad and his other family members.

They also prayed for the welfare of the country, its people and continuous peace and progress of the nation.

Later, the central and local JP leaders participated at the discussion on the life, works and political philosophy of former President and JP Chairman Hussein Muhammad Ershad.

Earlier, Mayor of Rangpur Mostafizar Rahman Mostafa, leaders of the district and city units of JP and its leaders from the northern region gathered at Palli Nibas compound and placed wreaths at the grave of Ershad to observe his first death anniversary.

Hussein Muhammad Ershad died at the Combined Military Hospital (CMH) in Dhaka on July 14 in 2019 at the age of 89.