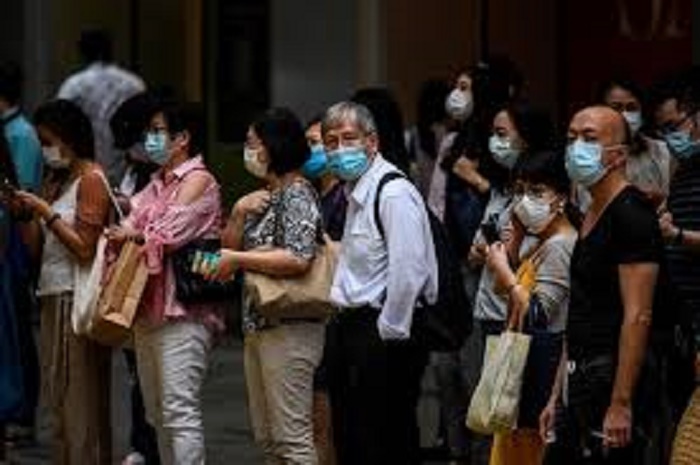 Hong Kong reimposed social distancing measures on Monday to combat a sudden spike in coronavirus infections, banning more than four people from gathering in public and requiring passengers to wear face masks on public transport or risk a US$650 fine.

Some businesses will also be closed and restaurants restricted over when they can serve diners.

The finance hub was one of the first places to be struck by the coronavirus when it emerged from central China.

The city has had impressive success in tackling the disease with just over 1,400 infections and eight deaths. In the last two months, local transmissions had all but ended.

However, in the last two weeks a cluster of 180 local infections has emerged and officials believe the disease is spreading undetected in the densely populated city of 7.5 million.

Alongside a ban on more than four people gathering in public, restaurants will only be able to serve takeaway food from 6:00 pm to 5:00 am, however they can still serve those eating in for breakfast and lunch.

Hong Kongers have widely adopted face masks to deal with the pandemic but on Monday authorities made wearing face coverings on public transport mandatory for the first time.

“This is a time for tightening,” Lam told reporters, adding the measures would be reviewed every seven days.

The announcement is a new body blow to the city’s economy, which was already mired in recession before the pandemic hit.

Earlier in the day officials announced a 95-year-old woman had died of coronavirus, the city’s eighth victim.

Police also said a South Korean man who tested positive for the virus jumped out of a moving minibus as he was being taken to compulsory quarantine.