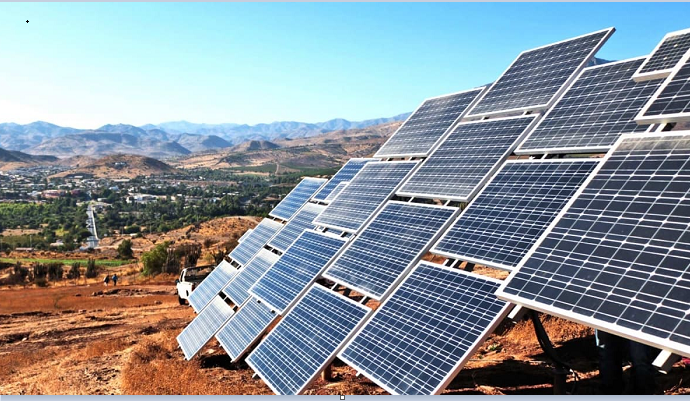 Aiming at fulfilling the government’s target of 10 percent (2000 MW) electricity from Renewable Energy (RE) by 2020, projects having generation capacity of 1,455 MW were underway.

“All projects will be commissioned in phases as the power ministry has been monitoring its proper implementation, adding, “Renewable sources generate 630.96 MW electricity of which 397.03 MW power comes from solar system,” State Minister for Power, Energy and Mineral Resources Nasrul Hamid, MP told journalists on Monday.

He said the government has been laying emphasis on solar energy-based electricity aimed at enhancing the contribution of renewable energy to 10 percent (2000 MW) of total generation.

The state minister said the government has developed a power generation strategy based on fuel diversification to enhance energy security.

“Bangladesh under the leadership of Prime Minister Sheikh Hasina has made a remarkable success in the power sector as it secured second position in accessing power from Renewable Energy specially off-grid solar solutions,” Nasrul Hamid said.

According to REN21’s Renewables 2020 Global Status Report (GSR) recently published, Nepal was in the top position with 11 percent access to electricity from off-grid solar solutions, while Bangladesh and Mongolia jointly secured second position with eight percent power from the same sources.

The Sustainable and Renewable Energy Development Authority (SREDA) is responsible for developing renewable energy and energy efficiency activities in all public and private sectors, according to the ministry’s information.

According to SREDA, the Renewable Energy Policy obligated that the renewable energy share to be 10 percent by 2020 that means it would be 2,000 MW.

Besides, there are 5.8 million cumulative installations of Solar Home System (SHSs) in predominantly off-grid areas in the country, making it the largest off grid renewable energy programme in the world.

With sincere efforts power generation capacity of the country has reached to 23,436 MW and 97 percent people are accessing electricity now, it said.