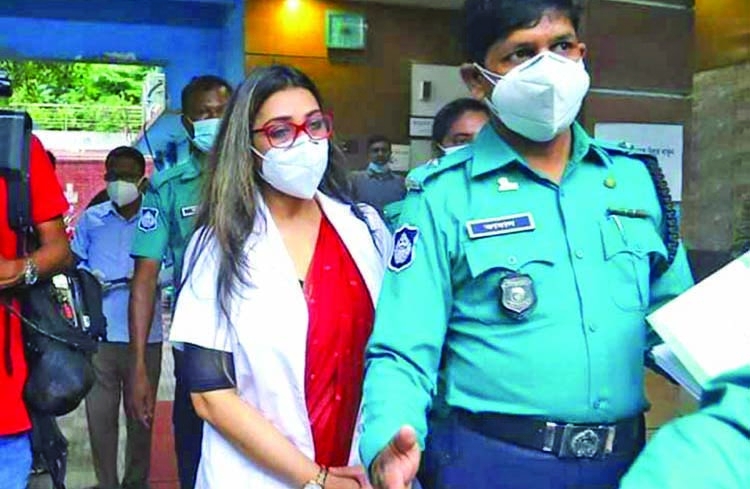 A Dhaka court on Monday granted a three-day remand for quizzing Dr Sabrina Arif Chaudhury, chairman of Jobeda Khatun Health Care (JKG), who was arrested on Sunday for her alleged involvement in providing fake corona certificate.

Dhaka Metropolitan Magistrate Shahinur Rahman passed the order after police produced her before the court with a 4-day remand prayer.

Earlier on Sunday morning, Sabrina was summoned to Tejgaon Police Station in the capital for interrogation.

Later, she was shown arrested as her statement was found unsatisfactory.

The authorities of the National Institute of Cardiovascular Diseases (NICVD) suspended Dr Sabrina Arif Chowdhury from the post of registered doctors of the hospital over the allegation of breaching discipline on Sunday evening.

Earlier on Saturday, a press release from the Directorate General of Health Services (DGHS) said JKG’s Ariful Chowdhury went to DGHS with a proposal to set up booths for collecting samples from suspected corona patients.

Later, JKG, a sister concern of Oval Group, got the approval from DGHS.

Later on June 23, JKG came into discussion when police detained five people in the capital for their alleged involvement in providing fake corona test report.

After disclosure of the scam, Sabrina claimed she did not have any connection with JKG.

Later on June 24, DGHS cancelled the permission that allowed the organization to collect Covid-19 samples.