Shahed a criminal, not an Awami Leaguer 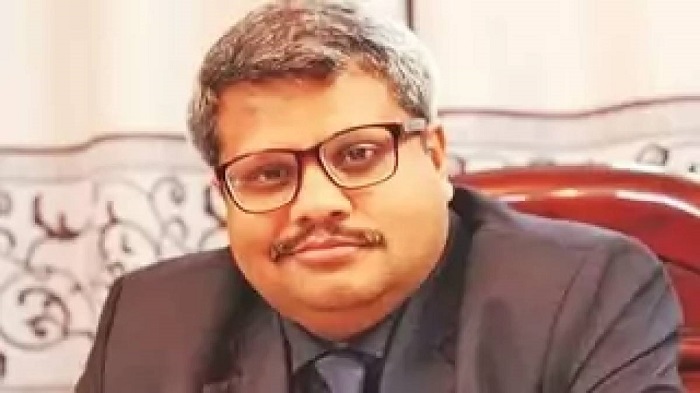 Terming him 'a criminal and fraudster', top leaders of the ruling party urged the government to take stern action against the wrongdoer who made people fool in the name of coronavirus sample testing.

Against the ruling party’s stance, Shahed used to claim himself as a member of an international affairs sub-committee of the ruling party and maintained connections with ministers and high-profile government officials.

AL presidium member Faruk Khan told the Daily Sun that Shahed is a criminal. “He is not an Awami League man. He has committed crime and he must face the music,” he said.

Khan, also former minister, said many sell the name of Awami League as the party has been in office for a long time.

Shahed, known as a bluff master, claimed himself as major, colonel and high official of the Prime Minister’s Office.

Law enforcement agencies have been trying to nab the criminal after his hospital was sealed off for providing fake coronavirus sample testing certificates to several thousand people.

He had weaseled his way into the circle of society's power brokers without much of a struggle, all the while keeping his shady business dealings and implication in dozens of fraud cases under wraps.

His Facebook page is inundated with selfies with ministers, lawmakers and government high-ups.

Awami League general secretary Obaidul Quader said that wrongdoers would not be spared.

“Wrongdoers have no political identity as they carry the identities of different parties to hide their offences. But they finally cannot protect themselves,” he said.

“Prime Minister Sheikh Hasina’s government neither spared wrongdoers in the past nor will do in the future,” he added.

The Rapid Action Battalion filed a case against 17 people, including Shahed, on charges of issuing fake Covid-19 test reports and other irregularities.

Once jailed for fraudulence, Shahed made it into the ruling Awami League’s central sub-committee on the basis of his ‘friendship’ with people of influence.

His network of ‘friends’, encompassing senior leaders of the Awami League and big shots in the BNP, is now coming to light.

Some journalists, too, are now under fire for patronising Shahed, a regular face on TV talk-shows.

Over Shahed’s party affiliation, AL joint general secretary and information minister Hasan Mahmud said that an investigation had been made but no information was found about his membership.

“We’ve inspected his claim. Shahed was not in any committee of Awami League,” he said.

It’s true that Regent Hospital owner Shahed had sometimes identified himself as a major, colonel, Awami League leader or official of PM’s office, he added.

According to different media reports, he said, Shahed had connections with Hawa Bhaban during the BNP regime and also was in jail for two years.