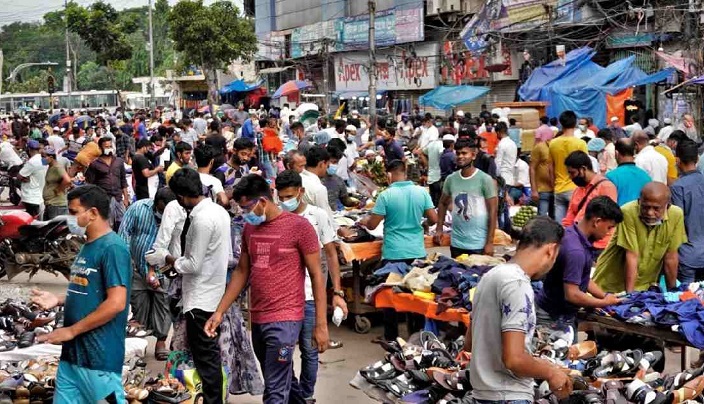 Although the recovery rate of Covid-19 patients rose significantly over the last two months and stood at 48.6 percent in Bangladesh as of Saturday, it is still very low compared to the global average and most of the worst-affected countries.

According to the data of Directorate General of Health Services (DGHS), 88,034 coronavirus patients out of total 181,129 recovered in the country since the first three cases of the pandemic on March 8, while the recovery rate jumped to over 46 percent in the last two months from 2.11 percent on May 1.

On June 1, the confirmed coronavirus cases increased to 49,534 while the recovery rate to 21.39 percent.

Health experts, however, expressed their strong doubts over the official recovery rate as they think it is much higher than the one given by the DGHS.

They said most patients in the country have mild symptoms and over 85 percent of them are staying home and recovering fast, but the DGHS is not properly registering the data of those people.

They also said there is nothing to be worried over the official slow recovery figure since the mortality is 1.27 percent in the country as of July 11 which is very low compared to other countries.

Contacted, Prof Be-Nazir Ahmed, former director (disease control) of the Directorate General of Health Services (DGHS) said the recovery rate of corona patients is now very high in the county but it is not reflected in the official data as he thinks the authorities concerned are not properly collecting data in this regard.

“I’m sure the official data is not objective. Our around 30 percent of the detected corona cases are asymptomatic and they are almost healthy. Besides, over 50 percent people take treatment at their homes with mild complications and they recover fast. Only around 10 percent people go to hospitals and they take two weeks or more time to get well. So, I think the DGHS is getting the right information only about the people getting released from hospitals, but they are not collecting proper information about others,” he observed.

“As per the DGHS data, only 88,034 people recovered from the virus over more than last four months while 93,095 are still sick. This is not the right statics. I believe the real figure is much higher, but the authorities concerned are not collecting proper information about people receiving treatment at home and getting well,” he observed.

He said the DGHS should collect accurate information about the people recovering from the disease to know the real corona situation of the country.

Dr Muzaher also said the real figure of both the corona infection and recovery is much higher than the official statistics as a huge number of infected people never underwent tests and recovered by taking medicines as per doctors’ advice.

Contacted, DGHS additional director general Prof Dr Nasima Sultana said it takes usually 14 days for most infected people to completely recover from the virus. “Some people may recover before 14 days, but we wait at least 14 days to include any one, including the asymptomatic one, in the recovery list.”

She said both the infection and recovery rates are much higher among the young people aged between 21-40. “But the elderly people and those who’ve multiple complications or comorbidities can take a longer time.

Dr ASM Alamgir, principal scientific officer of IEDCR, said they had long been following WHO’s protocol of having negative reports for including anyone in the recovery list.

“But WHO has recently changed this protocol. Now we also don’t wait for negative test reports. We now consider them recovered from the virus who’re getting well within a week having no symptom. Our recovery rate has improved over the last few days as we’re now following this protocol. It’ll improve further within some weeks.”