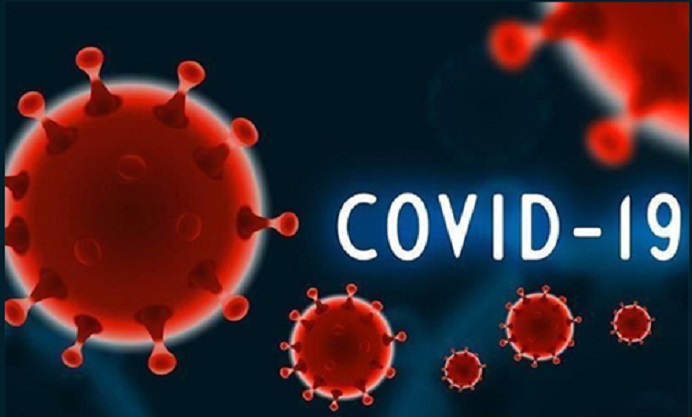 A group of researchers led by Dhaka University and Bangabandhu Sheikh Mujib Medical University (BSMMU) have developed 'Negative Pressure Isolation Canopy' to contain the spread of contagious diseases like Covid-19 and reduce the rate of contamination among health workers in hospitals.

Researchers from DU Biomedical Physics and Technology Department and BSMMU Anaesthesia, Analgesia and Intensive Care Medicine Department jointly conducted the research while researchers from different organizations contributed to it.

"Viruses discharged by Covid-19 patients pose a great risk to others including patients and health workers in a hospital facility. To reduce this risk, a way out is to cover the surroundings of the patient and drawing the air out, creating a negative pressure environment," Khondokar Siddique-e-Rabbani told BSS.

"The indigenously developed 'Negative Pressure Isolation Canopy' will cover the whole of a patient on a hospital bed to isolate the individual from all others especially in ICU," he added.

The device will cost much less than similar devices from foreign countries since the technology is homegrown, and there will be guarantee for repairs for many years of use, he furthered.

Rabbani said, "It has already been demonstrated at BSMMU and doctors there opined that this device is very essential and timely. The Institutional Review Board (IRB) of BSMMU has also approved a research project for using this device in the Intensive Care department."

"The vice chancellor of BSMMU, Professor Kanak Kanti Barua, has already allocated partial funds for this research," he informed.

The team comprises as many as eight members from the researchers of DU's Biomedical Physics and Technology Department, Rakib Sakhawat Hossen, lecturer of the Electrical and Electronic Engineering Department of Asia Pacific University, Moniruzzaman, researcher of Bi-BEAT Limited and Muhammad Abdul Kadir, chairman of the concerned DU department.

Moreover, the team has taken suggestions on the medical aspects from Professor AKM Akhtaruzzaman, head of Anaesthesia, Analgesia and Intensive Care Medicine Department of BSMMU.

Vice Chancellor of DU Dr Md Akhtaruzzaman has been providing encouragement and support since the beginning of this project and gave special permission to the researchers to work at the department during the lockdown at Dhaka University, Rabbani said.

Private-run pharmaceutical company, Beximco Pharma partially funded and the DU researchers who are funded from Sweden's Uppsala University under the International Science Programme used own funds to support this project.

Under the overall supervision of the Biomedical Physics and Technology Department of DU, BiBEAT Limited, a non-profit and non-shareholding social enterprise, is ready to supply such units to any hospital in the country.

BiBEAT Limited is an authorised organization to commercialize the product they invent, as per a memorandum of understanding with the Biomedical Physics and Technology Department of DU.