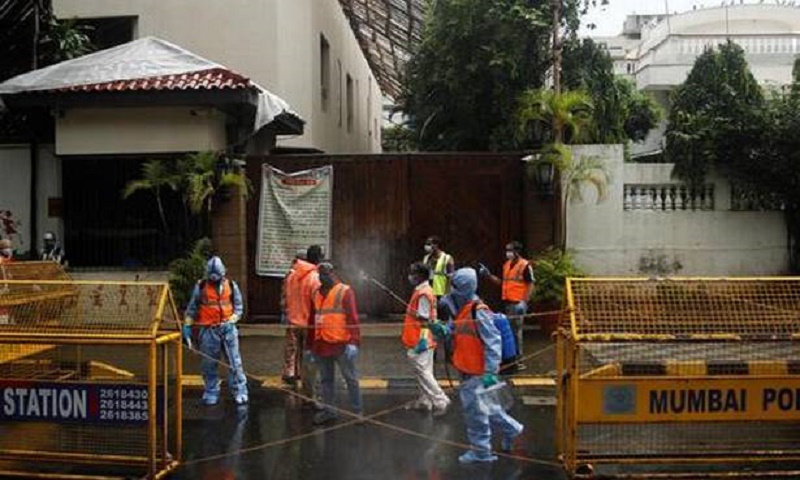 India’s Mumbai civic authorities are sanitising the residential and office premises of Amitabh Bachchan in Juhu area on Sunday after the megastar and his son Abhishek Bachchan tested positive for coronavirus, an official said on Sunday.

Contact-tracing was also being done, the official from the Brihanmumbai Municipal Corporation (BMC) said.

Amitabh Bachchan, 77, and his son Abhishek Bachchan, 44, on Saturday said they had tested positive for coronavirus and were admitted to Nanavati Hospital.

The BMC teams were sanitising their residential and office premises as per the standard operating procedures, the civic official said, PTI reported.

A containment zone banner has also been put up outside the premises, he said.

Security was also stepped up outside Amitabh Bachchan’s two bungalows in Juhu and the Nanavati Hospital, where the veteran actor and his son were admitted, police officials said.

After the Bachchans on Saturday said they tested positive for coronavirus, some people tried to gather outside the Nanavati Hospital, but they were asked to leave and not allowed to stand on the road there, a police official said.