Coronavirus vaccine can be expected by 2020: Fauci 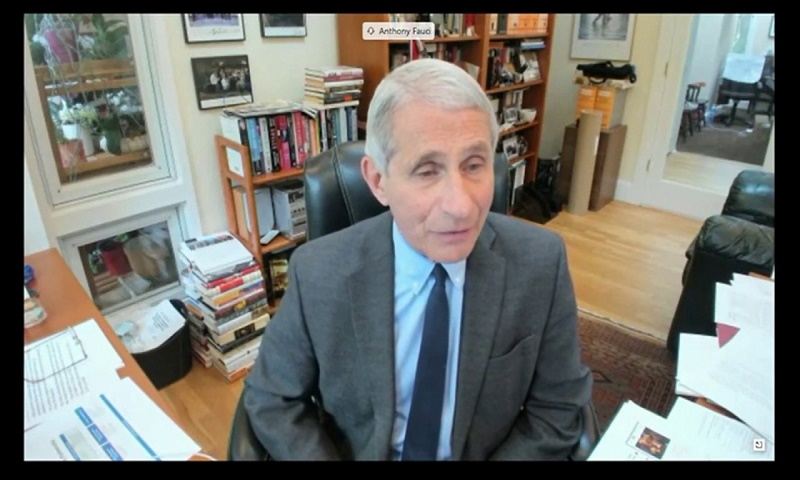 As medical research groups grapple with the deadline of producing the world's first vaccine to prevent the spread of COVID-19, Dr Anthony Fauci, Director, National Institute of Allergy and Infectious Diseases let out a statement saying that expecting a vaccine soon remains far-fetched, adding that he is "cautiously positive" about having a vaccine ready by early months of June 2020.

One of the prime candidates involved in the global vaccine race is US-based Moderna Inc., which is overseeing phase III study and trials of its prototype, mRNA-1273. US authorities have also launched 'Operation WarpSpeed' to facilitate and accelerate the production of a vaccine and speed up the regulatory process.

Fauci's comments came in the backdrop of United Nations Academic Impact '75 for UN75: 75 Minutes of Conversation' event, where he talked about the rampant rise in the rate of infections globally, particularly in the United States, which is now the worst affected countries globally.

"We've adapted a strategic approach to getting multiple candidates and there is more than one candidate vaccine to be conducted in trials in a harmonised way so that we use standard endpoints, standard and single data and safety monitoring board as well as identical immunological parameters that are measured so that you could bridge one study to another."

"Phase one looks good, very promising data on the induction of neutralising antibody and will go into the trial at the end of July. There are 5-7 candidates that are going into clinical trials at different stages. There is no guarantee that ongoing efforts will produce a safe and effective vaccine to prevent infection by the virus"

Fauci also said that curbing the pandemic is a lesson for countries dealing with public health.

Globally, several countries, including the UK, India and China are working on producing a vaccine to tackle COVID-19. Clinical trials are being expedited at several places for the same.