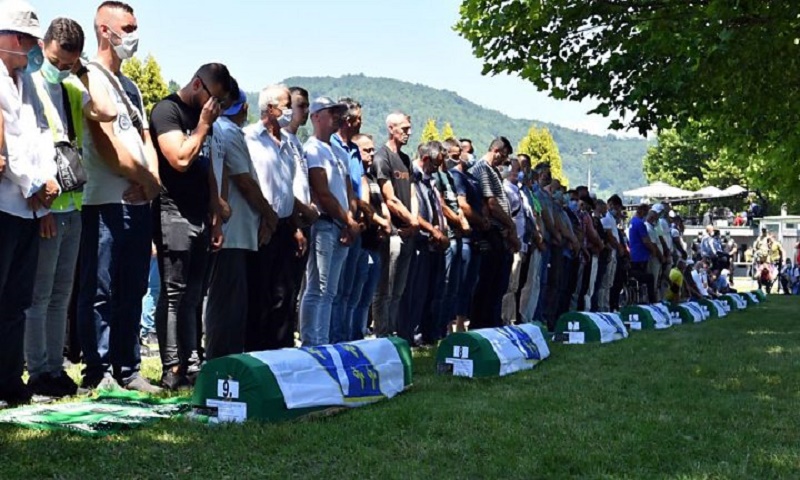 Nine recently-identified victims of the massacre at Srebrenica have been buried during a ceremony in Bosnia marking 25 years since it took place.

Burials were held at a nearby village as part of the event commemorating the mass killing - Europe's worst atrocity since World War Two.

Former US President Bill Clinton, the Prince of Wales and relatives of the thousands who died also spoke, BBC reported.

Bosnian Serb forces killed a total of 8,000 Muslim men in Srebrenica in 1995.

The massacre took place during the Bosnian War (1992-1995). Thousands of Bosniaks (Bosnian Muslims) had sought safety in the town, which the UN was protecting with Dutch forces, but the area fell during a Serb offensive in July.