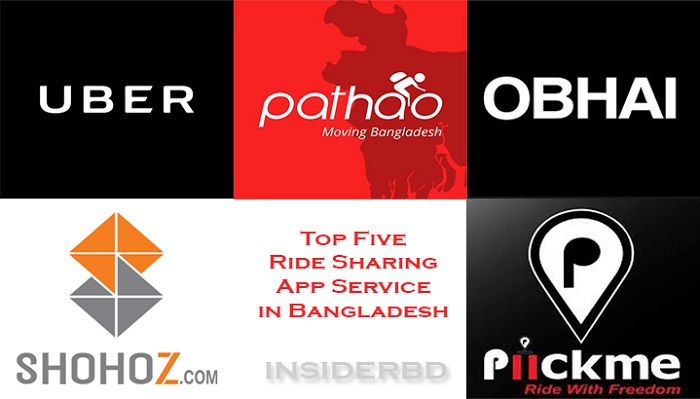 Mobile app-based ridesharing services are struggling to survive this virus pandemic period as many such entities are opting out to focus on new business to stay afloat.

In the emergence of mobile app-based services, the ride-sharing sector has shown the way as millions of foreign direct investments are injected into the country through venture capital and generate thousands of employment as part of flourishing gig economy.

Gig economy is a free market system where people work with the intention of short-term engagement. Sector insiders claim that the ride sharing continues in different parts of the capital though app-based services are restricted in fear of contagion of corona virus between rider and biker.

Ride-sharing services have been stopped since March 25 as the government announced general holidays to control the outbreak in first phase. Despite stopping the app-based car hailing, many bikers take to road to survive livelihood. Besides, introduction of ‘enlistment certificate’ creates new fear among the businesses.

Meanwhile, a couple of firms shifted their focus on other e-commerce services to sustain business while the country’s first ride sharing app SAM stopped its operation in terms of ‘service innovation’.

Pathao Cars resumed from second day of July with almost 2,000 listed cars after a three-month hiatus due to the pandemic. However, the Pathao Bikes are still on hold.

“With the Pathao bike services at a halt over the past 3 months, we have observed that ridesharing services have already resumed by way of offline trips. And as such, ridesharing users are denied access to safe, secure rides with appropriate health measures in place, and are having to turn to more unsafe options like offline trips or to other forms of public transportation where social distancing cannot be properly maintained,” Pathao Chief Executive Hussain M Elius told daily sun.

Another super app-oriented service Shohoz shifted focus on ticking, logistics and telemedicine to sustain business in absence of ridesharing.

“We have other services like food delivery, truck booking and video based telemedicine. These are operational,” Shohoz Managing Director Maliha Quadir told daily sun.

USA-based Uber resumed services introducing a time-based rental feature allowing riders to book a car and its driver for several hours at a stretch, according to a statement of the company.

Talking to daily sun, BRTA Director Engineering Lokman Hossain Miah said the organisation has clarified the ‘issue’ to the companies about restriction on motorcycle in the circular in fear of contagion of corona virus.

“We approved selected vehicles and the number of the cars included into the circulars. However, the companies run cars maintaining health measures. Why can’t we approve motorcycle?” he posed a question.

BRTA has set the number of vehicles for moving selective areas in the city. According to the circular, Uber Bangladesh gets approvals of 1,657 vehicles while four vehicles of Pathao, 30 of Pickme, 60 of CNS, seven of Obhai Solution, 95 of Ezzyr Technologies, three of Akij Online and 34 of Segesta  have obtained the enlistment certificate so far.

“We are working on the app to get back into the market with a new look and pricing structure which will benefit both our bikers and riders. Inshahllah, we hope to re-launch the new look SAM sometime at the beginning of next year,” Imtiaz said while talking to daily sun.

Car hailing app Ezzyr focused on medical transportation as they getting approval of running ambulance through platform of national emergency services.

“We have stopped our app-based service. From BRTA, we got approval of 110 ambulances to run operation connecting to 999,” Ezzyr Technologies Managing Director Mohammad Mehedi Hassan told daily sun.

There are 12 companies providing services in Bangladesh according to the Ridesharing Service Guidelines since App-based ride-hailing trend was launched in Dhaka in May 2015.