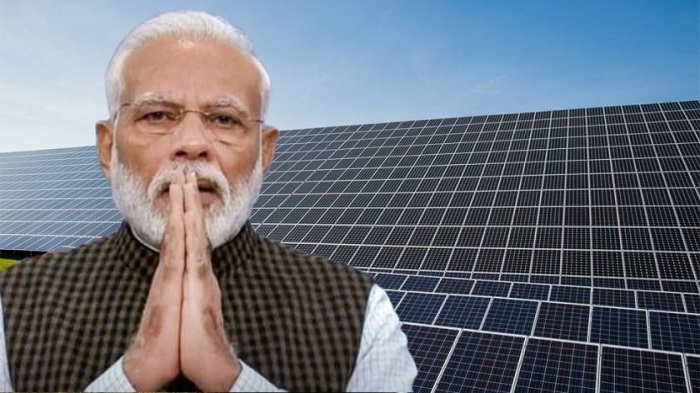 Prime Minister Narendra Modi Friday launched Asia’s largest solar plant in Madhya Pradesh’s Rewa through video-conferencing and said the state will emerge as a major hub for clean and cheap power in the country.

“Not just for the present, solar energy will be a medium of energy needs of the 21st century because solar power is sure, pure and secure and the country is now among the top five solar power producers in the world. India has emerged as the most attractive global market for clean energy,” said Modi while inaugurating the 750 MW solar project.

The prime minister added that even the Delhi Metro will get power from the Rewa solar project. “With this solar plant at Rewa, the industries here will not only get electricity, but even the metro rail in Delhi will get its benefits. Apart from Rewa, work is underway on solar power plants in Shajapur, Neemuch and Chhatarpur,” he said.

The Rewa project comprises three solar generating units of 250 MW each located on a 500 hectare plot of land situated inside a Solar Park (total area 1500 hectare).

Earlier in the day, PM Modi greeted his senior Cabinet colleague Rajnath Singh on his birthday, saying he is at the forefront of efforts to build a strong and secure India. Singh, who holds the Defence portfolio in Modi’s Cabinet, turned 69 on Friday.

“Birthday wishes to Shri Rajnath SinghJi. Rajnath Ji’s wisdom is greatly beneficial to the government. Singh is at the forefront of efforts to build a strong and secure India. He has always worked for the welfare of the poor and our hardworking farmers. Praying for his long life,” the prime minister tweeted.

(With Inputs from PTI)