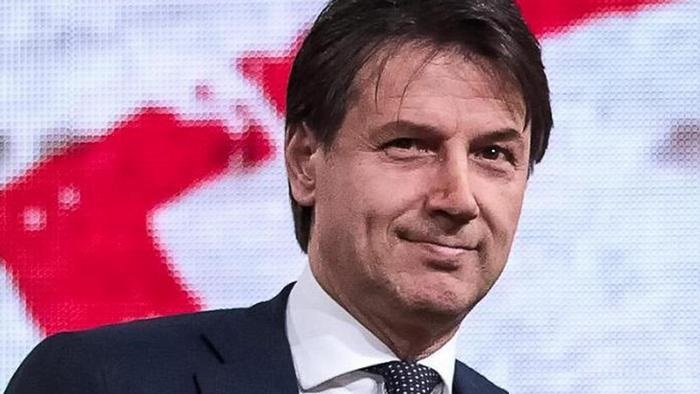 Italy’s Ministry of Foreign Affairs has said a section of newspapers in Bangladesh have misquoted Giuseppe Conte, Prime Minister of Italy as saying that Bangladeshis are “virus bombs”.

It said that the Prime Minister of Italy never said any such thing about Bangladeshis. In a press statement on Saturday the Foreign Ministry said attention of the Ministry has been drawn to the news published in some newspapers in Bangladesh wrongly quoting the President of the Council of Ministers (Prime Minister) of the Italian Republic.

The newspapers have misquoted Giuseppe Conte, Prime Minister of Italy as saying that Bangladeshis are “virus bombs”. The Ministry of Foreign Affairs would like to emphasise that the Prime Minister of Italy never said any such thing about Bangladeshis. While talking to a Spanish TV channel during his recent visit to Madrid, Prime Minister Conte mentioned that in the recent flights from Bangladesh, there were up to 20 per cent passengers in a single flight who tested COVID19 positive after arriving at the Rome airport.

In order to ensure that Italy does not go through the difficult situation of COVID-19 again, Prime Minister Conte said that Italy was forced to stop flights from Bangladesh. It may be mentioned that Bangladesh is not the only country on that list. Italy has stopped flights from 12 other countries of the world, and the decision will be reviewed on 14 July 2020. The longstanding relationship between Bangladesh and Italy has been based on mutual trust and respect.

At the invitation of the Prime Minister of Italy, Prime Minister Sheikh Hasina paid a bilateral visit to Italy in February of this year, and the two Prime Minister had a very productive and fruitful bilateral official meeting. More than 150,000 Bangladeshis live in Italy, and their contributions in the economies of both Bangladesh and Italy are gratefully acknowledged. It needs to be noted that when many countries of the world are strongly following anti-immigrant practices, including sending back retrenched migrant workers to their home countries, Italian Government, as part of their economy revival plan, has decided to regularise many immigrants with irregular status. Italian Government has shown extraordinary flexibility and generosity to accept Bangladeshis with Italian residence permits even at the time when Bangladesh has not yet completely recovered from COVID19 virus. In the last one month, Biman Bangladesh Airlines operated six special charter flights to Rome, where around 1,600 Bangladeshis with Italian residence permits (or in some cases, with Italian passports) travelled.

The Ministry of Foreign Affairs acknowledges with deep appreciation the support provided by the Embassy of Italy in Dhaka in this regard. The Italian diplomats based in Dhaka went out of the way to help the Bangladeshis with Italian residence permits to make their journey to and arrival in Rome hassle-free. Unfortunately, after arrival in Rome airport, when the incoming passengers were tested for COVID19, around 70-75 Bangladeshis tested positive. In addition to that, the Italian Health Ministry, while testing the members of Bangladesh community in and around Rome, found another 20-25 persons with Coronavirus. Italian Government has taken all due steps to provide necessary supports to these approximately 100 Bangladeshis. Most of them have been kept in a hotel for the period of isolation at the expense of the Italian Government, and those who need hospitalisation have duly been admitted in the hospitals, again arranged by the Government of Italy.

The attitude of defiance by some members of the Bangladesh community in Italy has been portrayed in the Italian newspapers, and this may create mistrust or discontent among the Italian population against Bangladeshis in Italy. One newspaper even published the news under the headline of Bangladeshi virus bombs. However, the fact is that the Prime Minister of Italy never mentioned the word “virus bombs” indicating to any community during his interview with the Spanish TV Channel.

The Ministry of Foreign Affairs earnestly requests the print and electronic media in Bangladesh not to publish any news that may impact the bilateral relations between two countries without due diligence. While running any news that may have negative impact on bilateral relations, including on the Bangladeshi expatriate community, the media is urged to check the authenticity of the news.

The Ministry of Foreign Affairs also requests the print and electronic media to create awareness among Bangladeshi diaspora all over the world, including the passengers departing from Bangladesh, for their sympathetic understanding of the local situations, and for adherence to the rules and regulations of the local government.