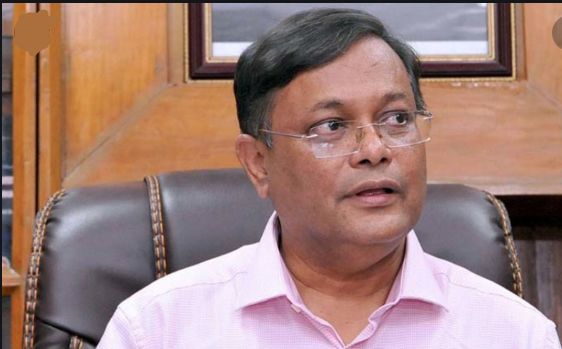 Regretting the role of BNP and some others for their tirades of blind criticism against the government’s handling of the coronavirus situation, Information Minister Dr Hasan Mahmud today said BNP and its allies stay away from standing by the people during this crisis time.

He urged the BNP and its like-minded entities to shun the path of blind criticism targeting the government as it neither helps masses nor makes democracy healthy.

“World Health Organization, World Economic Forum and other top media outlets are praising the government’s steps and the ability as well in combating the Coronavirus. But it is very regretful that BNP leaders, including Mirza Fakhrul Islam Alamgir, are criticising the government works,” he told a function here.

The information minister was addressing a cheque distribution programme as part of the government’s financial assistance initiative to the journalists needing help amid the Coronavirus crisis and also family members of journalists who died of the virus.

Hasan, also the chairman of Bangladesh Journalist Welfare Trust, distributed cheques at the function in the seminar room of Press Institute of Bangladesh (PIB) in the capital. The function was held maintaining social distancing.

The information minister said everyone can criticise and can give advices to the government. “We practise the culture of democracy. But the behaviour manifesting blind and ruthless criticism is liken to act blindly despite having eyes to see. BNP, instead of standing by the people, has made themselves funny before the people by criticizing the government in the media every day,” he added.

He was also critical of many non-government organizations (NGOs) as they get funds from abroad, but are not visible in this crisis time. “How many NGOs have stood beside the people during the situation?” he questioned.

Hasan said the government is making relentless efforts to provide support to the countrymen during the Coronavirus pandemic.

Terming Prime Minister Sheikh Hasina as journalist friendly, the information minister said the government under the dynamic leadership of the premier is currently conducting the largest ever relief operation in the history of the country.

“About seven crore people of the country have already come under the government’s assistance programme in various ways. Such a big task never happened in the history of Bangladesh. Besides, thousands of people have received money through their mobile phones,” said Hasan, also Awami League joint general secretary.

In this situation, he said, national unity is needed, a must do which was forged in different countries in hard times.

“We hope that they (BNP) will follow lessons from other countries even from neighbouring India. At the very beginning of the pandemic, Indian opposition leader Sonia Gandhi wrote a letter to the Indian government offering her party’s support to the government and praised the government’s initiatives. But BNP and other like-minded parties have failed to do so,” Hasan said.

The government is providing support to the journalists on humanitarian ground, he said, urging the media owners not to terminate journalists but to pay salaries and arrears to them during the catastrophe.

Hasan said the Cabinet Division has already sent letters to all ministries to pay due bills of advertisements of newspapers.

He said the family of each journalist, who died due to the virus, would get Taka three lakh, and they could get support from the Prime Minister if they apply.