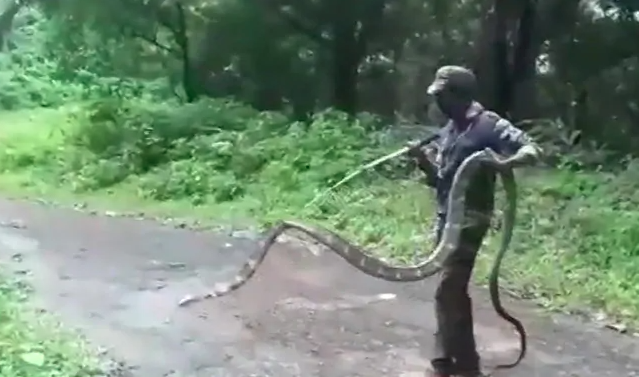 A 15-feet long King Cobra was rescued today by forest officials from a village near Coimbatore in Tamil Nadu. The snake was spotted in Narasipuram village in Thondamuthur, a suburb of Coimbatore city.
The Village is located in the foothills of Velliangiri mountain in the Western Ghats mountain chain.

The snake was later taken to the Siruvani forest area and was released in the wild by the officials.

Recently, a Russell's viper, one of the most venomous snakes, was spotted in a house in a village near Coimbatore. A resident of the village noticed the snake in his bathroom and sought the help of a snake-catcher. In a few minutes, he realised the snake was giving birth to snakelets.