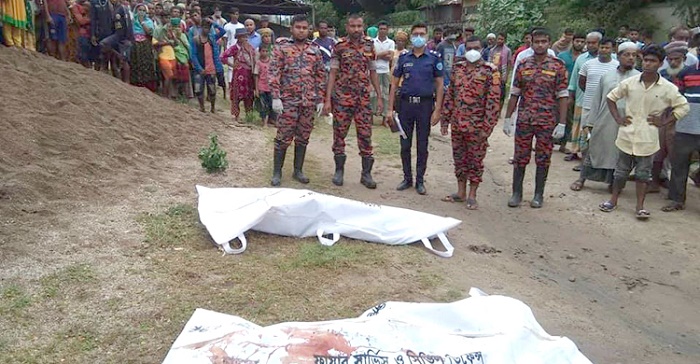 The bodies of two young men, who went missing after a boat capsize in the Gumti river in Daudkandi upazila on Friday morning, were retrieved on Saturday morning.

The deceased were identified as Sajib, son of Mozaffar Bepari, hailing from Madaripur district and Anik, son of Abdur Rahim, hailing from Dhaka.

According to police and fire service, the boat carrying a group of youths  sank in the river on Friday morning.

Ten of them, including the boatman, managed to swim ashore but the youths went missing, said Foyez Ahmed, station officer of Daudkandi Fire Service and Civil Defense.

Later, the floating body of Sajib was recovered near a bridge around 3am and Anik’s body from the spot around 8:00am.

The bodies were handed over to police.