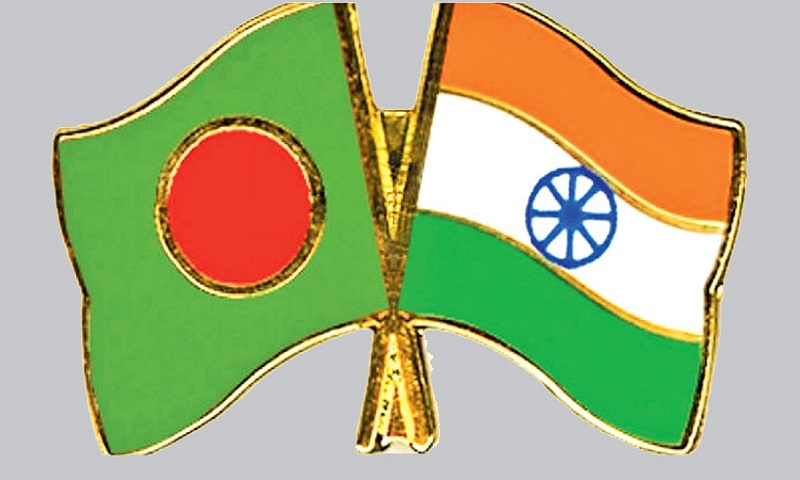 Bangladeshi is a peace loving country having moderate Muslim majority. After coming to power in 2008, Awami League government led by Sheikh Hasina did not spare any time to demolish all the terrorist bases, bordering Bangladesh and India. These bases were built after BNP & Jamaat formed coalition government in 2002. The plot was originally made by Pakistani military intelligence `ISI’.

Now that scenario is totally past. Under the leadership of Sheikh Hasina Bangladesh became one of the most peaceful countries in the world. It has no issues with the neighbours even with Myanmar which has pushed more than 17 lakhs Rohingyas to Bangladesh, causing a huge problem for the country that is already heavily populated.

Especially with India Bangladesh enjoys a special bond. They are tested friends. It remembers with gratitude the Indians outstanding contribution during our Liberation War. They suffered extensive loss of lives and properties, but did not hesitate to cooperate with us to root out the occupied forces from our motherland.  So, when India suffers, it becomes painful for us.

It is not untrue that Bangladesh felt uncomfortable on some issues with India. But all but one was resolved through negotiations. Though the federal government under Narendra Modi is determined to resolve the Teesta river water sharing issue, it could not happen because of the state government of West Bengal’s firm opposition.

In recent times there appeared another problem with India, that is also created by West Bengal government. India was exporting goods to Bangladesh, but the West Bengal Government was against the export through the Benapole Land port of Bangladesh. As a result the Bangladeshi importers stopped importing goods from India. It took only two days to resolve the issue.

Bangladesh Foreign Minister AK Abdul Momen said on Monday (6 July 2020), the import-export between India and Bangladesh has finally started through the agreement between the two sides.

He said, goods were coming from one side (India). Suddenly there was trouble in Petrapole and Benapole. The West Bengal government has not agreed to take any product from our country.

Initially, the problem was that West Bengal had ordered that if Indian trucks entered Bangladesh, those drivers would not be able to return. The drivers did not bring the product for this. Then it was decided to unload things from Indian trucks, get on Bangladeshi trucks, then come. It is very expensive. No more than 4-5 trucks of goods can be unloaded in a day. It was later dropped.

`Then it was decided that the goods would come by rail. There was a lot of discussion about that. Meanwhile, we are allowing Indian products to enter Benapole. We have no objection to this. They came to us with trucks. But the West Bengal government did not allow our trucks to enter. Then the agencies involved in our import and export stopped it. Finally, Import-export resumed from Sunday (July 5) afternoon’.

Relation between the two countries again turned to a sweet tune when Sheikh Hasina came to power for the second time. Since then both the countries are helping each other in many forms. In 2014, India and Bangladesh have ratified the Land Boundary Agreement and signed agreements on connectivity and implemented agreements to supply 1160 MW of power to Bangladesh at cheapest cost.

On the other hand, India has been granted the transit facilities by Bangladesh. As a result North Eastern states of India gained a lot. Now, goods are easily transported there from other parts of India.

Thanking Bangladesh for its warm wishes on India’s election as a non-permanent member to the United Nations Security Council (UNSC), he said, “We deeply value your support extended towards India’s success at this election and look forward to a meaningful and a productive tenure at the UNSC”.

By this time India and China has settled their border dispute. That created an uncomfortable situation for Bangladesh.

According to media reports, China has begun pulling back troops from along its contested border with India, following the worst clash between the two nuclear-armed neighbours in nearly 50 years, which left 20 Indian soldiers dead.

The Chinese military was seen dismantling tents and structures on Monday (6 July) at a location in the Galwan Valley near the site of the latest clash. Vehicles were seen withdrawing from the area, as well as at Hot Springs and Gogra - two other contested border zones.

In response to a question on whether China had moved equipment back to the Galwan Valley, Chinese foreign ministry spokesman Zhao Lijian said both sides were `taking effective measures to disengage and ease the situation on the border’. He said, `We hope India will meet China halfway and take concrete measures to carry out what both sides agreed to, continue to closely communicate through diplomatic and military channels, and work together to cool down the situation at the border’,

This comes after weeks of tensions between the two Asian nations following their worst border skirmish in more than five decades.

So, India is relieved from one side (China) now they have to resolve the issue with Nepal. Recently the upper house of Nepal Parliament has approved a new map for the country, including land controlled by India, in a row that has strained ties between the South Asian neighbours.

India, which controls the region - a slice of land including Limpiyadhura, Lipulekh and Kalapani areas in the northwest - has rejected the map, saying it is not based on historical facts or evidence.

Members in the 59-seat National Assembly, or upper house, voted 57-0 in favour of a constitutional amendment bill seeking to replace the old map. The bill was passed by the parliament's lower house over the weekend. Later it was ratified by the President Bidhya Debi Bhandari.

The latest border dispute between the countries began over India's inauguration of a Himalayan link road built in a disputed region that lies at a strategic three-way junction with Tibet and China.

The 80km (50-mile) road, inaugurated by Indian Defence Minister Rajnath Singh, cuts through the Lipulekh Himalayan pass, considered one of the shortest and most feasible trade routes between India and China. The road cuts the travel time and distance from India to Tibet's Mansarovar Lake, considered holy by the Hindus.

But Nepal says about 19km of the road passes through its area and fiercely contested the inauguration of the road, viewing the alleged incursion as a stark example of bullying by its much larger neighbour.

Nepal, which was never under colonial rule, has long claimed the areas of Limpiyadhura, Kalapani and Lipulekh under the 1816 Sugauli treaty with the British East India Company, although these areas have remained under the control of Indian troops since India fought a war with China in 1962.

This conflict has also put Bangladesh in an uncomfortable situation. Because, Nepal is the only country in South Asia with which Bangladesh has a trade surplus. Bangladesh exported goods worth $38.04 million to Nepal during 2019-2020.

In recent times Nepal has shown keen interest to use Bangladesh's Syedpur Airport for their import and export business. They are also allowed to use transit facilities via Bangladesh. On the other, Bangladesh has a plan to import 9,000 megawatt electricity from Nepal to mitigate the increasing demand of electricity by 2040. In the first phase 500 MW electricity would be imported through Indian grid system. Indian Prime Minister Narendra Modi has discussed and finalised with Nepal and Bangladesh to set up an India-Bangladesh-Nepal railway line. Now it may be foiled as Nepal has taken a stand against India. In that case India may not be kind enough to allow transit facilities. It means Nepal will face a problem in importing goods from Bangladesh. Bangladesh will also be sufferer. Besides, the plan to import electricity from Nepal will also be jeopardised.

Whatever is the situation, Bangladesh wants to keep the relation with India as good as possible. They are our nearest and biggest neighbour. In any calamity or adverse condition, it is India who can quickly respond to rescue us.