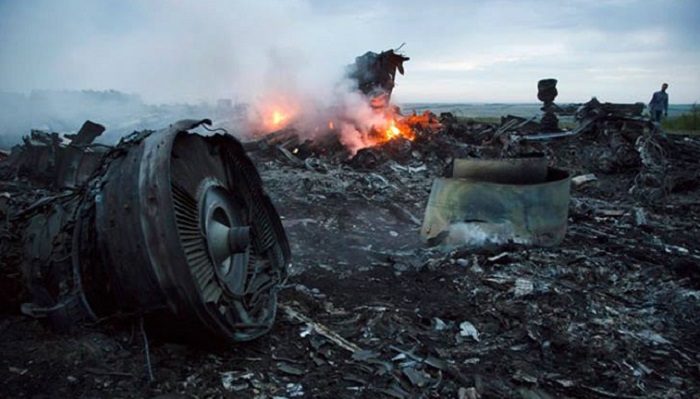 The Netherlands said on Friday it would take Russia to the European Court of Human Rights for its role in bringing down Malaysia Airlines flight MH17 over Ukraine, killing nearly 300 people.

The Dutch government's move is designed to support cases brought by the relatives of dozens of victims to the Strasbourg-based court, Foreign Minister Stef Blok said.

The Boeing 777 travelling from Amsterdam to Kuala Lumpur was blown out of the sky by a surface-to-air missile fired from rebel-held eastern Ukraine on July 17, 2014.

"Achieving justice for the 298 victims of the downing of flight MH17 is and will remain the government's highest priority," Blok said in a statement.

"By taking this step today, bringing a case before the ECHR and thus supporting the applications by the next of kin as much as we can, we are moving closer to this goal."

There was no immediate reaction from Moscow.

The lawsuit is a rare example of one state taking another to the European Court of Human Rights, with just 24 such cases since 1953.

Most cases are brought by individuals or groups, such as the one lodged by the relatives of at least 65 Dutch MH17 victims in 2018.

Their complaint demanded that Russia take responsibility for the incident.

Both the Netherlands and Australia have previously said they hold Russia responsible for shooting down the plane.

The Netherlands would share all "available and relevant information about the downing of flight MH17" with the court, Blok said, adding the complaint would represent "all 298 victims, of 17 different nationalities".

The Dutch will also inform the UN Security Council about the move, he said.

Friday's announcement adds to legal pressure on Moscow after the Dutch criminal trial in absentia of four suspects opened just outside Schiphol airport from where the ill-fated flight took off.

Rutte however denied the timing of the move was designed to pressurise Russia, saying "we simply decided it now was the best moment to get involved and to give the next-of-kin the maximum support."

"This is not aimed at Russia and stands entirely separate from the criminal case," Rutte said at his weekly post-cabinet news conference.

They said the men were responsible for bringing a BUK surface-to-air missile into an area in eastern Ukraine controlled by pro-Moscow rebels, from where it was fired at the passenger jet.

Russia has denied involvement and has before proposed alternative theories including that MH17 may have been downed by a Ukrainian fighter plane or a Ukrainian BUK missile.

Moscow meanwhile responded to the relatives' claims before the ECHR earlier this year in which it again denied responsibility for the disaster, saying there was no proof of its involvement.

A package of controversial constitutional reforms approved by Russian voters earlier this month, which allow Russian President Vladimir Putin to extend his rule until 2036, also included an amendment that could affect its ties to the European rights court.

The amendment says that Russia's constitution takes precedence over any international rulings. If there is a contradiction, they will not be applied.

Russia could use this to justify ending its obligation to carry out rulings by international courts such as the ECHR, which is currently the last resort for many Russians.