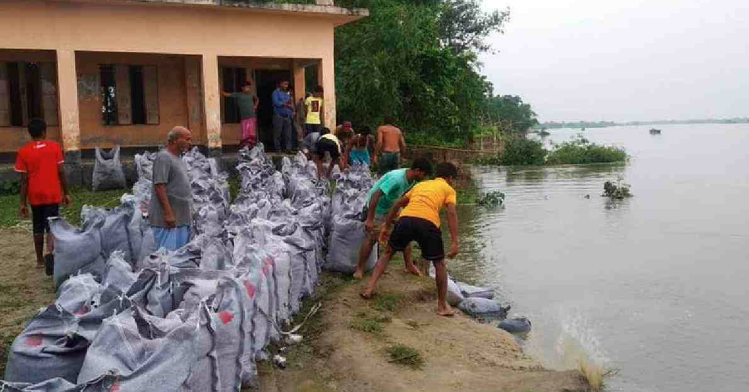 Narayankhola Dakshin Primary School, an old school in Nakla upazila of sherpur, is being gobbled up by Mrigi River.

River erosion has taken a severe turn in the area.

Although the Water Development Board is placing geobags, already one third area of the school has been eaten up by the river, said Shamsun Nahar, Headmistress of the school.

Additional Officer of the WDB Toimur Hossain said, “We are planning to put geobags on 500-metre areas of the river bank in Narayankhola area.”

The work will begin after getting allocation from the authorities but primarily they are covering 120-metre areas with geobags, he said.

Upazila Nirbahi Officer Jahidur Rahman said the risky building of the school has been sold in auction and WDB is trying to save the rest areas.

“We have requested higher authorities to take steps to build new building for the school quickly,” he said.