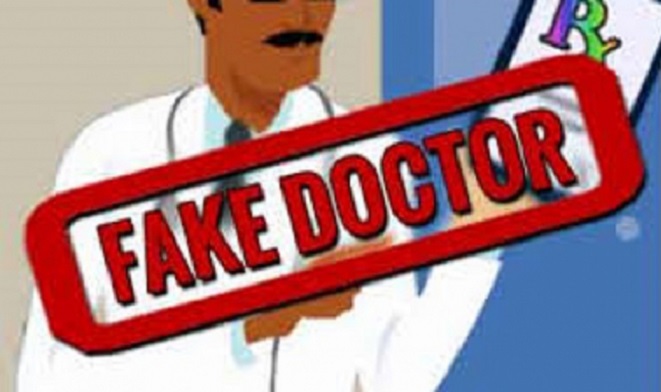 “On a tip-off, the Crime Prevention Company (CPC)-1 of RAB-13 from Dinajpur conducted the raid in the area and destroyed huge fake medicines seized from the doctor’s possession,” said a press release, issued by Senior Assistant Director and Acting Company Commander of Dinajpur CPC-1 of RAB-13 Lieutenant Abdullah Al Mamun, circulated this evening.

Executive Magistrate of Thakurgaon Abdullah Al Noman Sarker led the raid while Assistant Superintendent of Police (ASP) of Thakurgaon Samuel Sangma and other officials concerned participated in it, the release added.

During the raid, the mobile court seized huge quantities of fake and adulterated medicines produced without labels, drug license and certificate by fake doctor Md. Abdul Hye and date expired medicines from his shop in Nadagaon village.

The mobile court framed charge against the fake doctor in this connection and fined him Taka 1.50 lakh under section 41 of the Consumers’ Rights Protection Act (CRPA), 2009.

“Later, the seized fake, adulterated and date expired medicines were destroyed at a nearby open place in presence of local elite and a large number of common people as per section 36 of the same Act,” the release mentioned.