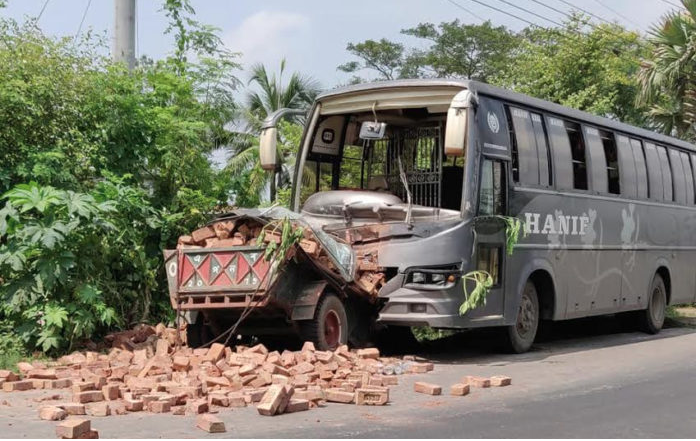 A trolley driver was killed and two others were injured as their trolley collided head-on with a bus in Alimganj area on the Rajshahi-Chapainawabganj highway under Paba Upazila in the district this morning.

Police and hospital sources said the victim was Kawsar Ali, 22, son of Abdul Bari of Kasiadanga area of the same upazila.

The injured Moin Uddin, 25, and Nazim Uddin, 28, were undergoing treatment at Rajshahi Medical College Hospital. Condition of one of them is stated to be critical, police said.

Quoting witnesses Mazharul Islam, Officer-in-Charge of Damkura Police Station, said the trolley loaded with bricks was heading
towards a nearby area.

On the way, a passengers’ bus coming from the opposite direction hit the trolley, leaving its driver dead on the spot and wounding two labourers around 9.30 am.

Police sent the body to hospital morgue for post mortem. The driver and helper of the bus escaped the scene.

A case was recorded with the Damkura Police Station.