GDP Is Not a Good Economic Indicator 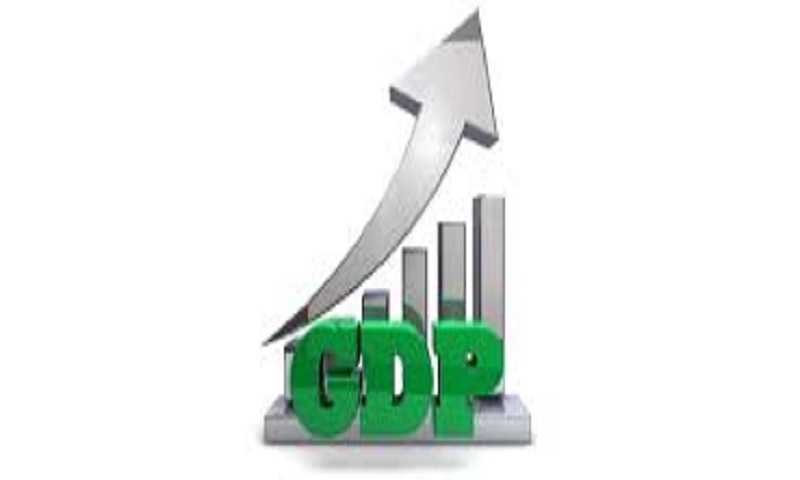 GDP stands for ‘Gross Domestic Product’ and represents the total monetary value of all final goods and services produced (and sold on the market) within a country during a period of time. Most countries consider time period as one year for GDP calculation. GDP is the most commonly used measure of economic activity. The first basic concept of GDP was invented at the end of the 18th century. The modern concept was developed by the American economist Simon Kuznets in 1934 and adopted as the main measure of a country's economy at the Bretton Woods conference in 1944. This essay examines whether GDP is a good economic indicator for addressing climate change.

Not all productive activity is included in GDP. For example, unpaid work (such as that performed in the home or by volunteers) and black-market activities are not included because they are difficult to measure and value accurately. That means, for example, that a person who makes a cup for a customer would contribute to GDP, but would not contribute to GDP if he makes the same for his family, although the ingredients he purchased would be counted for GDP calculation. There are other activities that do not contributes to GDP such as  transfer payments, sales of used goods, bartered goods and services and non-monetary work. Also GDP takes no account of the ‘wear and tear’ on the machinery, buildings etc that are used in producing the output. If this depletion of the capital stock, called depreciation, is subtracted from GDP we get net domestic product.

Theoretically, GDP can be measured in three different ways: The production approach, the expenditure approach and the income approach. The production approach sums the “value-added” at each stage of production, where value-added is defined as total sales less the value of intermediate inputs into the production process. The expenditure approach adds up the value of purchases made by final users—for example, the consumption of food and purchase of disposable cup. Income approach measures the total income earned by the factors of production, that is, labour and capital within the domestic boundaries of a country.

Now I turn to understand, what we mean by climate change?  Kate Marvel, a climate scientist from NASA puts it, ‘climate change is not a cliff we fall off, but a slope we slide down’. Indeed the word climate comes from the Greek for slope. In the earth atmosphere greenhouse gas is rising and we have already caused more than a degree Celsius rise of temperature. We need to reduce this emission and temperature rise and limit it within 1.5 degree by 2050. This means that we need net zero carbon emission by 2050.  In order to achieve this we shall have to combine preventing much more warming from happening whilst also protecting people from the climate change we’ve already caused.

Considering both climate change and GDP we need to understand, what GDP does not reveal.  GDP is not a measure of the overall standard of living or well-being of a country. Changes in the output of goods and services per person, known as GDP per capita, are often used as a measure of whether the average citizen in a country is better or worse off, but it does not capture things that may be deemed important to general well-being. So, for example, increased output may come at the cost of environmental damage or other external costs such as noise. Or it might involve the depletion of non-renewable natural resources. On the other hand, the United Nations computes a Human Development Index, which ranks countries not only based on GDP per capita, but also consider other factors, such as life expectancy, literacy, and schooling. Other attempts also made to account for the shortcomings of GDP such as Gross National Happiness Index, but this too have their own critics.

As far as the climate change is concern, it appears that the above mentioned indicators are not taking account of a holistic view of sustainable development. I can cite one example... if we drink coffee using a disposable cup every day, then GDP will go up, but the forest will disappear and emission will go up too. This will lead to global warming and climate change. If we drink coffee using reusable ceramic mug, GDP will go down, but it will help reducing global warming and tackle climate change.  So, clearly GDP is not a good economic indicator for tackling climate change. We need different economic indicator and the idea is that we need to prioritise growth according to its contribution of sustainable development goals (SDG). The SDGs, set in 2015 by the United Nations General Assembly are intended to be achieved by the year 2030. The SDGs have 17 calls for action: No poverty, zero hunger, good health and well-being, quality education, clean water and sanitation, affordable and clean energy, decent work and economic growth,, industry, innovation and infrastructure, reducing inequality, sustainable cities and communities, responsible consumption and production, climate action, life below water, life on land, peace, justice and strong institutions and partnerships for the goals.

In the current coronavirus crisis advice is to use disposable cup in order to reduce virus transmission, but this strategy is not good for addressing the climate change. It’s a paradox. Statistics suggests that 16 billion paper cups are used for coffee every single year, which leads to 6.5 million trees cut down, 4 billion gallons of water going to waste, and enough energy to power 54,000 homes for a year also goes to waste. This has huge impact on global warming and climate change. Let’s recognise that if democracy is to survive and thrive into the twenty first century, climate change is the one big test that it cannot fail.