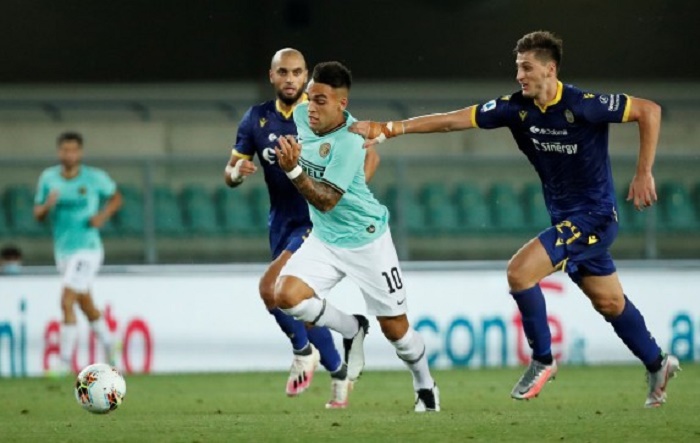 Inter Milan were held 2-2 by Hellas Verona on Thursday as Antonio Conte's side failed to move into third place in Serie A.

Inter, stunned by 10-man Bologna 2-1 at the weekend, were a goal down after just two minutes when Darko Lazovic scored.

The Serbian winger got the better of the recalled Milan Skriniar to hit the target from a tight angle.

It was almost 2-0 for the team only promoted to the top flight last season when Miguel Veloso saw a shot come back off the post.

Inter, however, were level after 49 minutes through Antonio Candreva who was quickest to the loose ball after Romelu Lukaku's drive hit the woodwork.

Six minutes later, they were 2-1 ahead when the unfortunate Federico Dimarco - on loan at Verona from Inter - deflected a shot from Candreva into his own net.

Verona, whose last win over Inter was 28 years ago, grabbed a point four minutes from time thanks to Veloso.

Inter stay fourth in the table, comfortably on course for the Champions League, but 10 points behind leaders Juventus.

Verona are ninth, eight points from the Europa League spots.