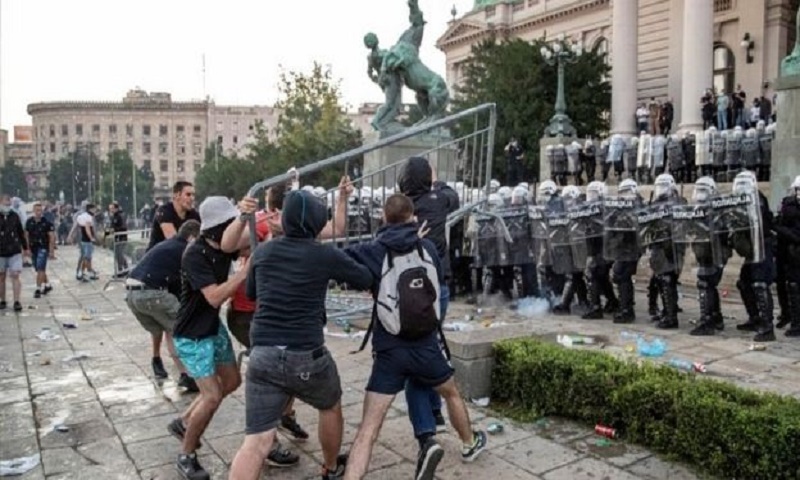 The Serbian government has scrapped a plan to impose a weekend coronavirus curfew in Belgrade after two nights of protests in the capital.

President Aleksandar Vucic had wanted the curfew due to a rise in infections, BBC reported.

Dozens of police and protesters have been injured.

Protesters are gathering again on Thursday evening but have been sitting on the ground in front of the National Assembly.

Serbian authorities say there have been 352 deaths and 17,342 cases. Some 300 new infections are being reported daily.