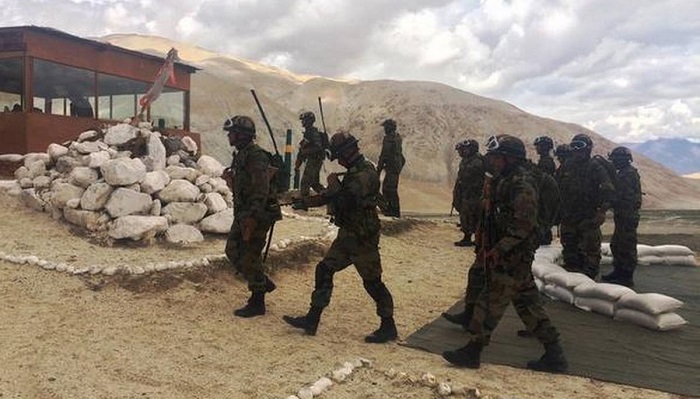 Indian government sources said the standoff between the troops of two countries is expected to be resolved amicably soon and National Security Advisor (NSA) Ajit Doval is monitoring the India and China border situation continuously with the Indian Army.

The Special Representatives of India and China on the Boundary Question - Ajit Doval and Chinese State Councillor and Minister of Foreign Affairs Wang Yi - had a 'frank and in-depth exchange' during a telephone conversation on Sunday during which they agreed that both sides should complete the ongoing disengagement process along the LAC expeditiously, the external affairs ministry said in a statement on Monday.

The government sources said the Chinese troops agreed to begin the process of disengagement following the talks.

The sources said that China has started to withdraw its troops and tents in Galwan by two kilometres and in the next few days, the disengagement process will begin at other friction points including PP-14, PP-15, Hot Springs and Finger area.

"NSA Ajit Doval talked to his Chinese counterpart for two hours yesterday to make the Chinese agree to begin the process of disengagement. The NSA is monitoring the situation continuously with the Indian Army and the matter is expected to be resolved amicably soon," the sources said.

The ministry of external affairs said that Doval and Wang have agreed that it was necessary to ensure the complete disengagement of the troops along the Line of Actual Control (LAC) at the earliest and de-escalation from India-China border areas for full restoration of peace and tranquillity.

Meanwhile, the Indian Army sources said that mutual disengagement between India and China has started at friction points along the Line of Actual Control in Eastern Ladakh sector.

The Chinese army has moved back tents, vehicles and troops by 1-2 kilometres from locations where disengagement was agreed upon at Corps Commander-level talks, Indian Army sources said on Monday.

India has also moved 1-2 km from the location. Chinese heavy armoured vehicles are still present in the depth areas in the Galwan river area.