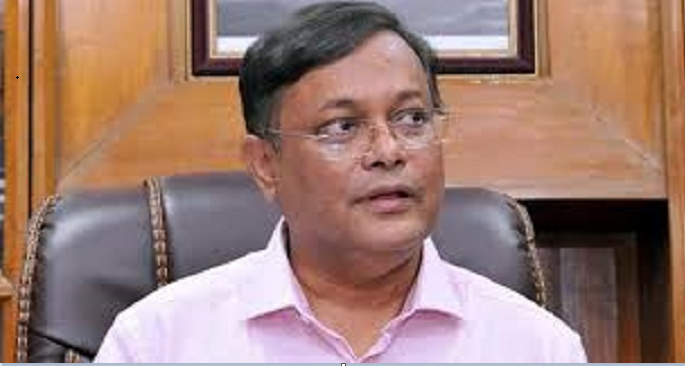 Slamming BNP leaders for their continuous dismal remarks on the coronavirus situation instead of standing beside the helpless people, Information Minister Dr Hasan Mahmud today said actually the BNP leaders are now habituated to home isolation.

“Actually, Mirza Fakhrul Islam Alamgir and other leaders of BNP are nowin homeisolation . . . They (BNP) have no other activities rather than giving speeches against the government on televisions,” he told reporters at a press briefing in the seminar room of his ministry.

The information minister said,the speeches delivered by Mirza Fakhrul seemed that controlling coronavirus pandemic was not so difficult everywherein the world. But, thousands of people have died due to the virus in the world including in the developed nations, he added.

Hasan said those speeches only befit to persons who are staying away from standing beside the people and doingnothing for them. “It is not proper to speak like this from a responsible position,” he added.

He said the whole world is now reeling hopeless due to the Coronavirus. The developed states were helpless in dealing with the Coronavirus pandemic though their economics are better than Bangladesh, he said, adding that many people died in those countries.

On the other hand, the information minister said, Bangladesh is a developing nation with limited capability. “The cities of the country are densely populated. But we have so far been succeeded in combating the prevailing corona situation, especially keeping the death rate low, with the combined efforts of all public and private hospitals and volunteers. The death rate is less than in the neighbouring countries-India and Pakistan,” said Hasan, also Awami League joint general secretary.

Criticising another comment of BNP leader Ruhul Kabir Rizvi, the information minister said the government didn’t file any case against anyone. The cases, which were filed recently, have been lodged by the aggrieved persons, he added.

He said the people have rights to go for seeking any legal steps as per the law for his own protection.

Replying to a query about Regent Hospital chairman Shahed, the information minister extended his thanks to the law enforcement agencies and the media as well for their active rolesin this regard.

Hasan said the government has taken steps against him. “I would like to give thanks to the media for publishing investigative reports against him (Shahed). It has been proved that he (Shahed) is very cunning and a deceiver. We should find out his fraudulent acts together,” he added

The information minister turned downed Shahed’s claim that he was a member of a sub-committee of Awami League. “I use to visit our party office regularly. I don’t know about his membership in any sub-committee of the Awami League. I personally think that the Directorate General of Health Services should have made a more careful step before engaging the hospital for rendering treatment to COVID-19 patients,” he added.