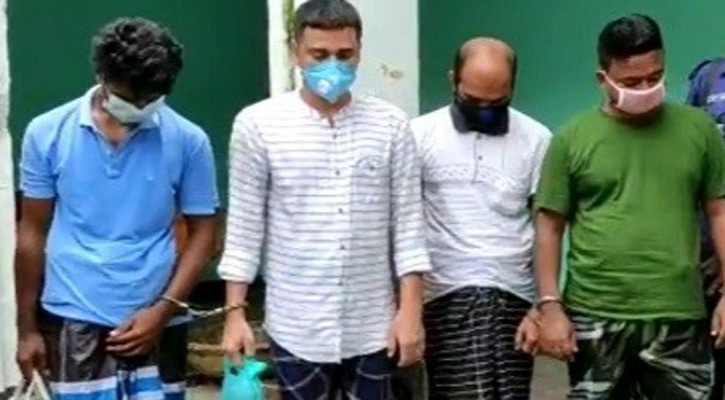 Police arrested five smugglers along with 25 bhori gold in a raid in Patal area of Baishkanda union under Dhamrai upazila of Dhaka on Wednesday night.

Confirming the news, Dipak, officer-in-charge (OC) of Dhamrai Police Station, said on secrete information, a team of law enforcers conducted a drive and arrested them along with the gold when they were planning for smuggling.

The OC also said that the arrestees were sent to court after filing a case against them with the police station.