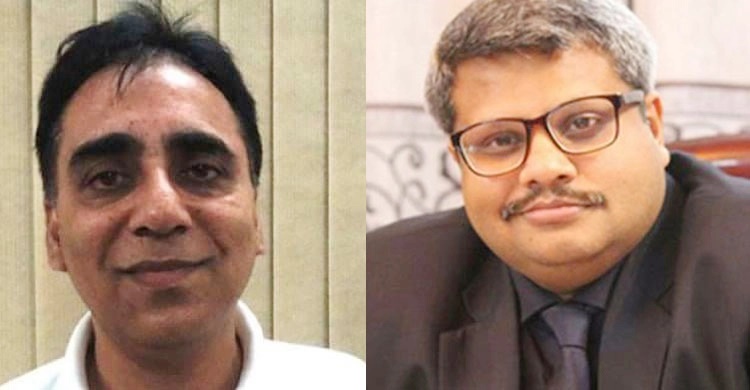 Bashir, who is the brother-in-law of Regent Group Chairman Md Shahed, has been taken into custody from his Banani office for questioning about Shahed on Wednesday night, Lt Col Ashik Billah, RAB's legal and media wing director said.

There has an allegation that Bashir has been producing drama with the illegal money of Md Shahed.

Ealier, RAB has arrested the public relation officer (PRO) of Regent Group in a case filed on charges of issuing fake Covid-19 test results and charging patients for the test.

Meanwhile, a Dhaka virtual court on Wednesday placed seven officials and employees of Regent Group on a five-day remand each in the same case.

The virtual court, however, rejected a bail petition of another 17-year-old accused and sent him to Tongi Children Correctional Centre as the investigation officer (IO) did not submit any remand prayer for him.

Before the case was filed, the Directorate General of Health Services (DGHS) directed the authorities of Regent Hospital to shut down their Uttara branch after a mobile court found discrepancies and sealed off the head office and Uttara and Mirpur branches of the private hospital.

RAB said the hospital authorities issued more than 10,000 Covid-19 test results. Around 4,200 samples were tested at different government labs, but they threw away the rest of the samples, prepared fake reports and handed them to people.

The hospital authorities took Tk3,500 for each test, meaning they embezzled more than Tk3.5 crore, despite having an agreement with the government on conducting tests and providing free treatment, RAB said.