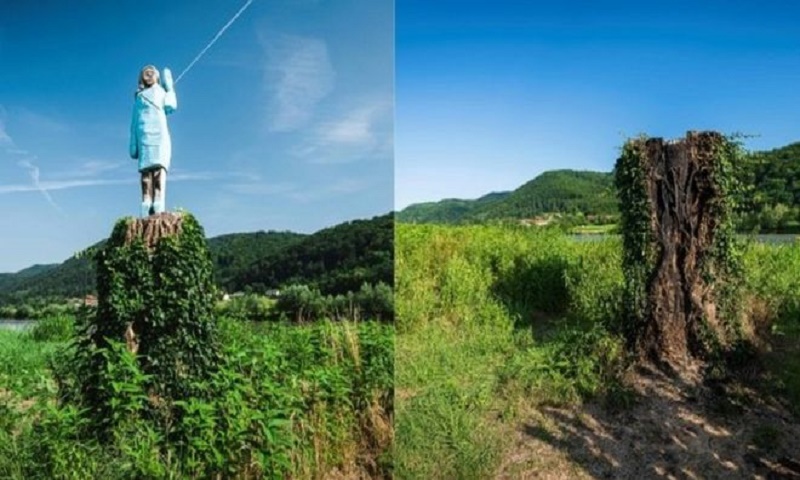 A quirky wooden sculpture of US First Lady Melania Trump is reported to have been set on fire near her hometown in Slovenia, prompting its removal.

Brad Downey, the American artist who commissioned the statue, said it was targeted on 4 July, Independence Day in the US.

The Berlin-based artist arranged for the charred statue to be removed the next day, BBC reported.

Police told Reuters news agency they had launched an investigation.

The White House did not immediately respond to a request for comment.

The sculpture of Mrs Trump, which could be described as only bearing a crude likeness to the US first lady, was carved out of a tree trunk on the outskirts of Sevnica, her hometown in central Slovenia.