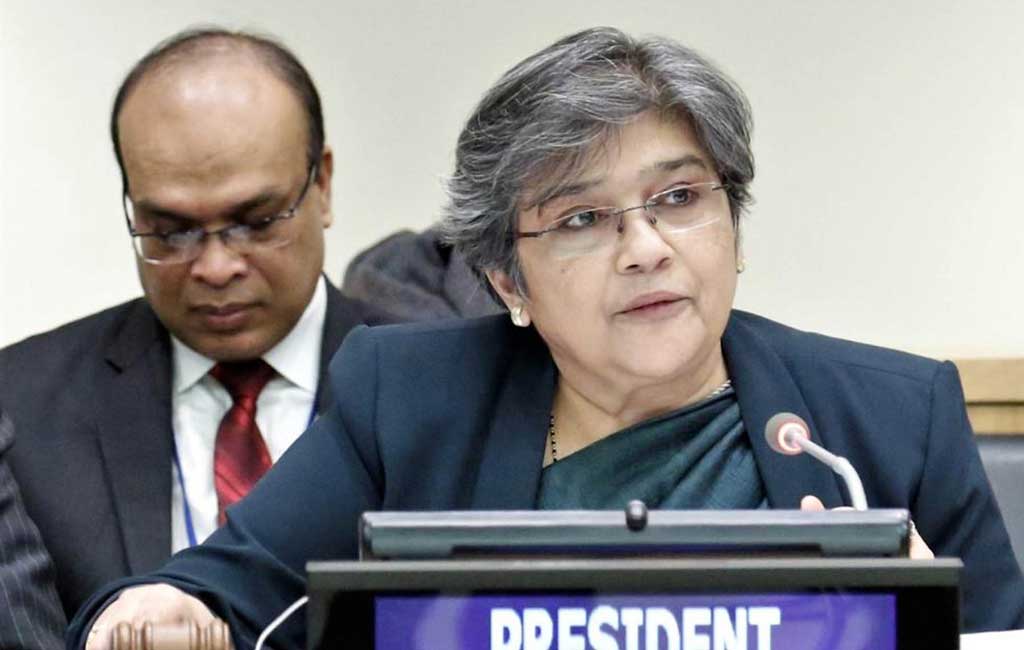 Bangladesh’s experiences in climate change and disaster preparedness has helped the country to tackle the COVID0-19 emergency.

Permanent Representative of Bangladesh to the UN Ambassador Rabab Fatima told this at a high level virtual meeting in the United Nations on Thursday.

​“As a climate vulnerable country with recurring disasters, Bangladesh has learnt over the years the critical importance of disaster preparedness, community engagement and institutional capacity building which helped us in our response to COVID 19 pandemic,” she said.

Ambassador Fatima was speaking at a virtual High Level Political Forum side event on “Adaptation and Resilience in a post-COVID world: Transformative, Inclusive and Locally-led Climate Policy and Action” in New York.

​The event, co-hosted by the Netherlands, Ireland, Kenya, Bhutan and Bangladesh in collaboration with International Federation of Red Cross and Red Crescent Societies (IFRC), was attended by Vice Minister of the Netherlands Roald Lapperre, Permanent Observer and Head of Delegation of IFRC Richard Blewitt, Dr. Saleemul Huq, Director of International Centre for Climate Change and Development (ICCCAD) and a member of the advisory panel of Climate Vulnerable Forum, representatives of different Missions in New York, UN Agencies and CSOs.

Terming both the COVID-19 and climate change as invincible threats to lives, livelihoods, and development, particularly for countries with pre-existing vulnerabilities, Ambassador Fatima observed that global preparedness and actions were woefully inadequate to tackle health and climate emergencies.

She also recalled how Bangladesh and several other countries had faced double jeopardy of the COVID 19 and natural calamities such as cyclone Amphan simultaneously.

Ambassador Fatima held out the efforts of Bangladesh to strengthen adaptation and resilience building against climate change including the implementation of the Bangladesh Delta Plan 2100, strong early warning system, immaculate disaster preparedness practices, innovation in agriculture such as drought and salinity-resistant crops for ensuring food security etc.

She referred to Prime Minister Sheikh Hasina’s  ‘whole of society’ approach in adaptation and resilience building where women, youth and the local communities are central to all government initiatives for combating climate, health and other emergencies.

Ambassador Fatima urged the development partners, as well as multilateral donors and the private sector to come forward to support national efforts for post-COVID recovery and climate action, especially of the most vulnerable countries, to build back better by providing additional financial and technological support.

The Vice Minister of the Netherlands opined that the Covid recovery plans must be comprehensive and should complement climate actions to create stronger resilience against any future shock or calamities.

Dr. Saleemul Haq highlighted the importance of more vigorous efforts to address the existing gaps in the global endeavours for adaptation and resilience building and opined that the needs and challenges of the local communities must be taken into consideration by the policy-makers.