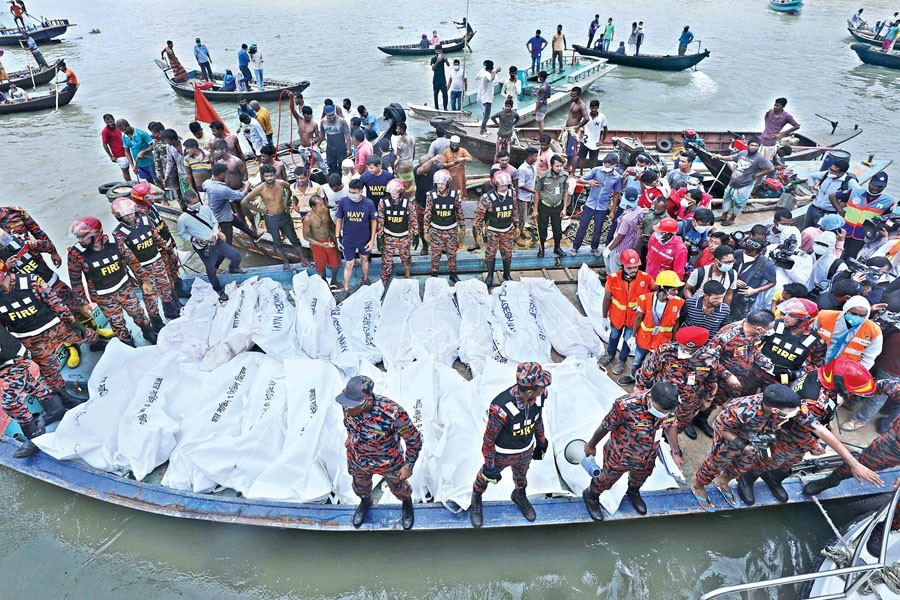 The arrestee was identified as Mosaddek Sayed, the main accused of the case filed over the incident.

Confirming the news, Rezaul Karim Bhuiyan, officer-in-charge of Sadarghat Police Station, said the law enforcers arrested Mosaddek from a house at Sobhanbagh area of the capital at around 3:00am.

At least 34 people died in the tragic accident in the Buriganga on June 29. The following day, Shamsul Alam, sub-inspector (SI) of Sadarghat River Police Station, filed the case with Keraniganj Dakshin Police Station.