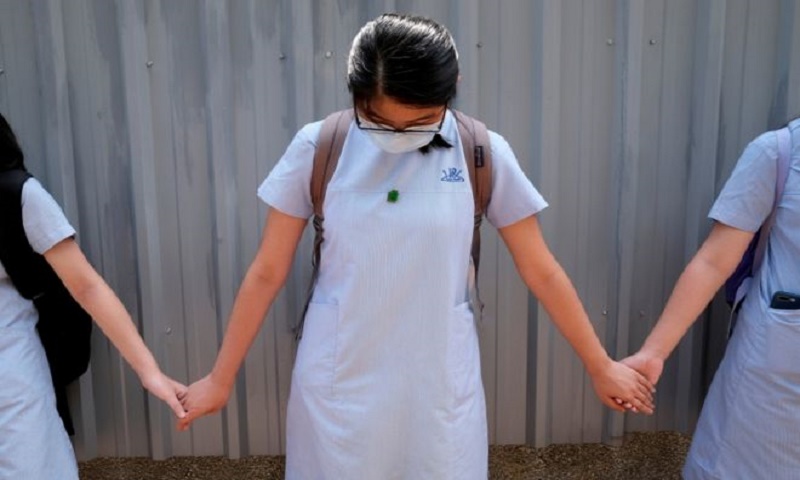 Students in Hong Kong are now banned from any political activity in schools including singing, posting slogans and boycotting classes, the territory's education minister has said.

Some 1,600 were arrested for joining the sometimes violent demonstrations, BBC reported.

The order came on the same day that a new national Chinese security office opened in the city.

The office is one element of a sweeping new law that makes inciting hatred of China's central government and Hong Kong's regional government illegal.

The law has caused alarm in Hong Kong, with opponents saying it erodes the territory's freedoms as a semi-autonomous region of China. But officials say it will restore stability after violent protests.