After India now US mulls to ban Chinese apps including TikTok 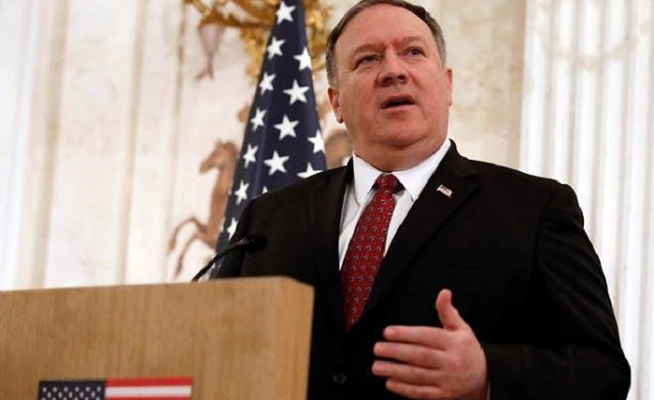 After India, now the United States is looking at banning Chinese social media apps, including TikTok.

US Secretary of State Mike Pompeo suggested the possible move during an interview with Fox News' Laura Ingraham on Monday, adding that "we're taking this very seriously."

India had already banned 59 Chinese apps including TikTok SHAREiT and WeChat, terming them prejudicial to sovereignty, integrity and national security.

About a week after India ban, Pompeo also hinted such move during an interview with Fox News' Laura Ingraham, adding that "we're taking this very seriously."

He said. "I don't want to get out in front of the President [Donald Trump], but it's something we're looking at."

Washington's top diplomat added that people should only download the app "if you want your private information in the hands of the Chinese Communist Party."

TikTok — which is owned by Beijing-based startup ByteDance — has been repeatedly criticized by US politicians who accused the short-form video app of being a threat to national security because of its ties to China. They allege that the company could be compelled to "support and cooperate with intelligence work controlled by the Chinese Communist Party."

Pompeo's remarks come during a time of heightened tensions between the United States and China, which have spilled over into several arenas including national security, trade and technology.

Corona situation further escalated the tensions between two super powers. US president Donald Trump several times raised finger to China for the ongoing Covid-19 pandemic as the Americans became the worst victim of this virus pandemic.

Chinese aggression towards Hong Kong also irked the US and the White House now adamant to ban Chinese social media apps in America.

Last week, the Indian government said it would ban TikTok and other well-known Chinese apps because they pose a "threat to sovereignty and integrity." Tensions between India and China have been escalating after a clash along the Himalayan border.