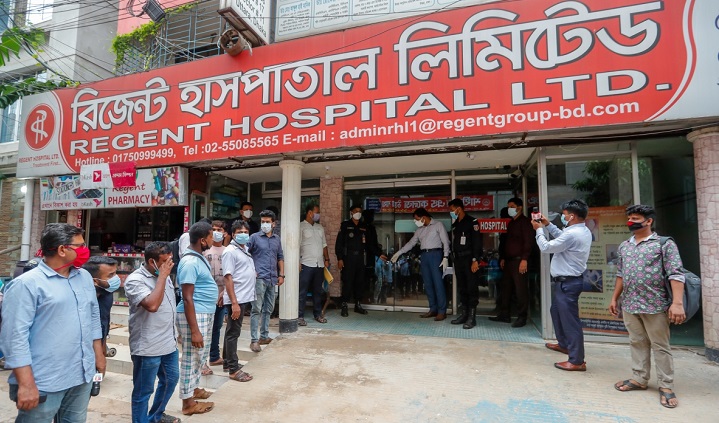 Seven Regent Group officials and employees have been placed on a five-day remand each in a case filed over issuing fake Covid-19 test results.

A virtual court in Dhaka on Wednesday issued the remand order against them.

Metropolitan Magistrate Sadbir Yasir Ahsan Chowdhury passed the order after Md Alamgir Gazi, an inspector of Uttara Paschim Police Station and also the investigation officer of the case, produced them before the court with a seven-day remand prayer.

In the remand prayer, the Investigation Officer said the accused, in association of others, made fake Covid-19 test results and supplied those to the patients.

After hearing both sides, the magistrate rejected their bail and placed them on remand.