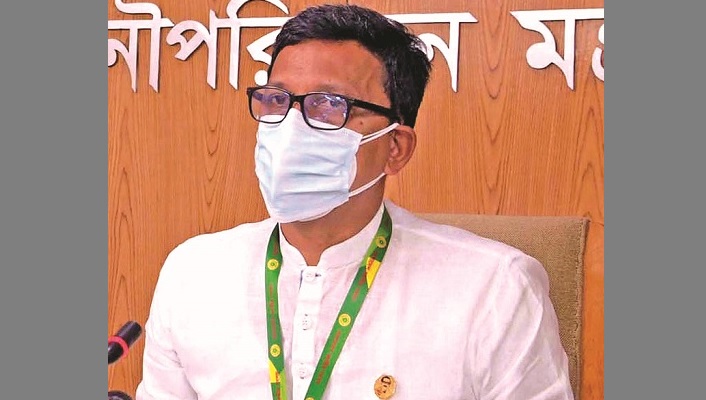 State Minister for Shipping Khalid Mahmud Chowdhury briefs at a press conference at the Secretariat on Tuesday on the report of the probe committee on launch capsize in Buriganga.

State Minister for Shipping Khalid Mahmud Chowdhury on Tuesday said that if deaths in Buriganga launch capsize is proven as murder, then the case filed over negligence will be considered as a murder one, reports UNB.

He said this while addressing a press conference at the secretariat on the report of the probe committee formed by the Ministry of Shipping to investigate the incident.

However, the state minister did not say anything about the cause of the accident and who was held responsible in the report.

He said the law enforcers filed a case in connection with the incident. The case report will be released on August 17. The cause of the accident mentioned in the report of the investigation committee was not disclosed.

The government is trying to ensure that the relatives of the victims will get relief and legal justice. The 20-point recommendations will be implemented in phases, said Khalid.

He said the government is working to create safe waterways and to introduce Vessel Traffic System (VTS).

It will be possible to control accident if VTS is launched and digitised, said the state minister.

He said that efforts have been made to bring the maritime sector under discipline in the last 11 years like other sectors of the country. VTS, Training Institute, Training Vessel have been launched. There was only one Marine Academy in Bangladesh, the number has been increased to four. Dockyard relocation activities are underway on the other side of Sadarghat.

Shipping Secretary Mohammad Mezbah Uddin Chowdhury presented the 20-point recommendations of the committee to the journalists.

Dhaka-bound ‘MV Morning Bird’ launch carrying around 150 passengers from Munshiganj sank in after being hit by another launch ‘Mayur-2’ near Shyambazar in the capital’s old town on June 29.

The bodies of 33 people were recovered in the incident.