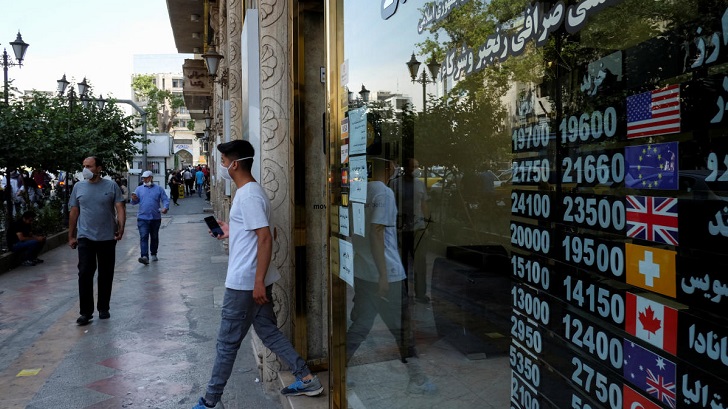 Iran announced on Tuesday 200 more deaths from the coronavirus, the most in a single day since the Middle East's deadliest outbreak began in February.

The previous record was Sunday's toll of 163 deaths.

"Unfortunately in the past 24 hours we have lost 200 of our compatriots, bringing the total number of victims to 11,931," health ministry spokeswoman Sima Sadat Lari said on state television.

"The increase in the number of deaths is very painful for all of us," she said, adding that it was "the result of all of our behaviour and actions".

Another 2,637 people have tested positive for the virus, taking the total official number of cases to 245,688, Lari said.

Officially recorded deaths and infections from the virus have been steadily rising since Iran reported a near-two-month low in daily recorded cases in early May.

The resurgence shown by official statistics prompted the government to oblige people to wear masks in enclosed public spaces or when gathering in groups from July 4.

But authorities have repeatedly warned against what they view as a lax attitude by citizens towards masks, while also expressing concerns about people continuing to gather in groups.

"Always have a mask on you when you go out," Lari emphasised on Tuesday.

She also said that infections had risen sharply in one area, which she did not name, after a string of weddings there in recent days.

Iran never imposed a full lockdown in its fight against coronavirus.

Instead, it banned gatherings, particularly in religious and sporting arenas. It also restricted business activity, alongside travel, among other measures.

But economic pressures -- already intense before the arrival of coronavirus, due to hefty US sanctions -- saw the government progressively allow businesses to open up again from April, as the growth in infections appeared to slow.

State news agency IRNA on Tuesday reported that 12 members of one of the country's top football clubs, Esteghlal, had tested positive for the virus.

Iran's football season had got back under way on June 25, after a four-month suspension due to the pandemic.

Authorities have allowed provinces hardest hit by the virus's resurgence to reimpose restrictions.

Senior Iranian officials, including Ayatollah Ali Khamenei and President Hassan Rouhani, have sought to set an example by being seen to wear masks -- a campaign also driven home by state TV.

Enforcement of this measure has sometimes proved difficult, especially in the capital, with many residents remaining reluctant to wear masks even on public transport, where doing so has been compulsory for over two months.