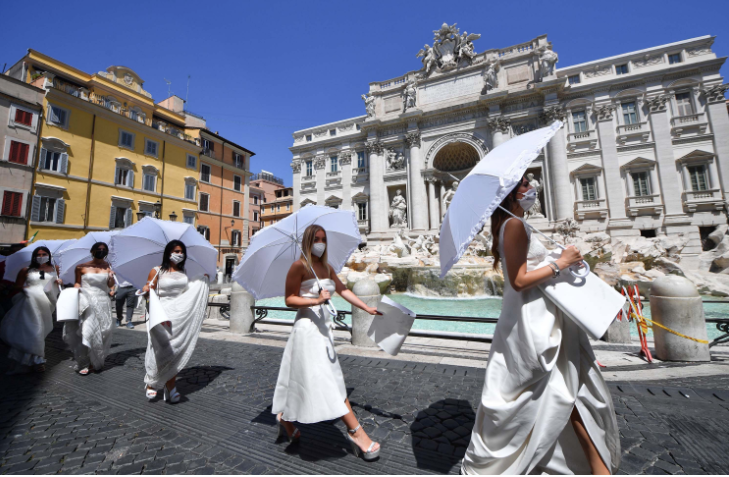 A group of women dressed as brides carried out a flash mob in Rome on Tuesday to protest against the coronavirus safety measures that prohibit large religious ceremonies like a big wedding.

The event, organized by an Italian wedding association, was called the "flash mob of the singles or unmarried ones."
Some 15 women held signs and posed in front of Rome's famous sites like the Trevi Fountain. They were also pictured outside the Italian Parliament, where they were joined by members of the country’s hard-hit wedding industry.

Protestor Francesca Del Vechio, who is from Naples, told CNN that she was supposed to "get married in September but because of government restrictions we had to postpone the date for at least one year."

She said that while the change of date was not an issue, she would like to get married next year "without restrictions."